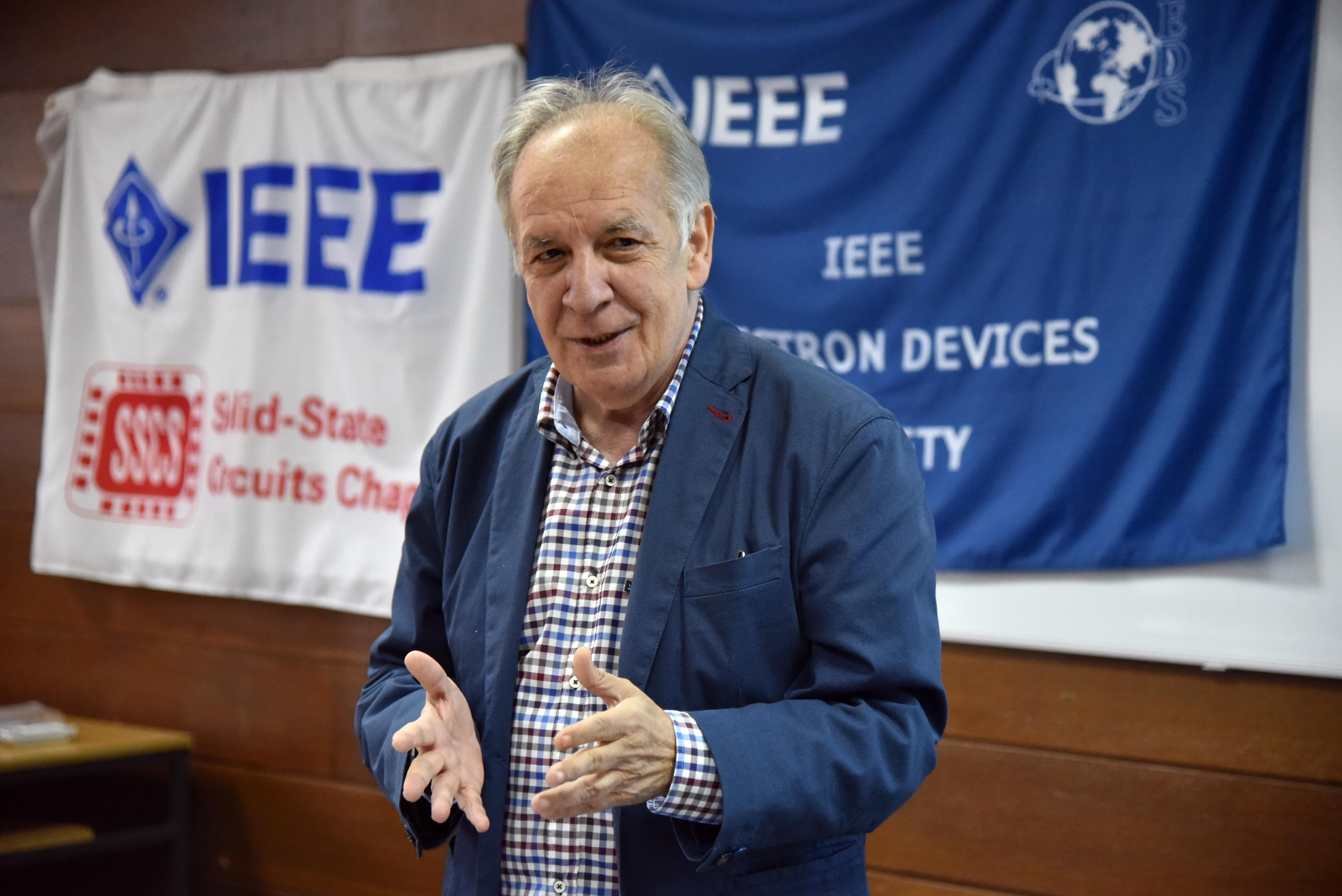 Ninoslav Stojadinović, a friend of many, passed away on December 25, 2020, after one month of fight with Covid-19. Ninoslav, for friends Nino, was a chairman of many conferences, editor of many scientific journals, well-known and famous professor, a highly respected mentor to his students, and a role model for colleagues.

Ninoslav D. Stojadinović was born in Niš on 20 September 1950 (father Dobrivoje Stojadinović and mother Nadežda Đorđević). He was married to Anđelka with whom he had a son Dragan. He spent most of his student and working life at the Faculty of Electronic Engineering, University of Niš, Serbia. It was at this university where he obtained all his degrees, B.S. (1974), M.S. (1977), and Ph.D. (1980), all in Electrical Engineering. He started first professional job in "Ei-Semiconductors" in Niš in 1974, joined the Faculty of Electronic Engineering in 1976, where he became Full Professor in 1991. He was Head of the Department of Microelectronics (1984-2005), Vice-Dean (1986-1989), and Dean of the Faculty of Electronic Engineering in Niš (1989-1994). He was Vice-Director of SASA Research Center at the University of Niš from 1991-1996. Based on his versatile scientific and teaching work, as well as the achieved results, he became an Academician at the Department of Technical Sciences of the Serbian Academy of Sciences and Arts (SASA, corresponding member from October 30, 2003; full member from November 1, 2012). He was President of the SASA branch in Niš from 2016-2020.

Ninoslav Stojadinović published 97 papers (9 invited/review) in the reputable international journals of SCI list and 185 papers (23 invited) in the proceedings of international and national scientific conferences. He was author/coauthor of four chapters in international monographs: Computer Engineering Handbook and Digital Design and Fabrication (CRC Press, USA), Micro Electronic and Mechanical Systems (IN-TECH Press, Boca Raton) and Bias Temperature Instability for Devices and Circuits (Springer Science). According to data from SCOPUS, his papers are cited more than 560 times. He realised a number of technological solutions, six of which are applied in microelectronics industry all over the world.

Nino was always available to support students and colleagues in their first steps in many important professional tasks. We will never forget his significant contribution in all fields.

We will miss him for a long time but his contribution will stay engraved in the marble of the history of many universities, institutions, journals and conferences.

We express our deepest condolences to all scientists around the world who followed his works, known him, or met him. 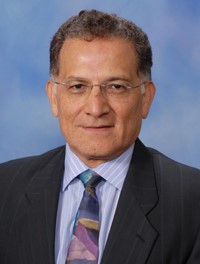 Edgar, a friend of many, passed away on November 20, 2020 surrounded by his family in College Station, Texas. Edgar was a leader in the analog IC design community, a highly respected mentor to his students, and a role model for both colleagues and peers.

Edgar was born in Mexico City in 1944.  He received a degree in Communications and Electronic Engineering from The National Polytechnic Institute of Mexico (IPN).  Early in his career, he worked for The lnstituto Mexicano del Petroleo while studying advanced courses at IPN in the evenings to satisfy his insatiable curiosity of engineering.   In 1970, Stanford University conferred on him the Master of Science degree.  He obtained his Doctor in Philosophy degree from the University of Illinois in Champaign-Urbana for his thesis, Computer Aided Design of Microwave Circuits, in 1973.  After receiving his doctoral degree, Edgar spent a year at the Central Research Laboratories of Nippon Electric Company as a postdoctoral researcher.

Upon his return to Mexico in 1974, he joined the Department of Electronics at the National Institute of Astrophysics Optics and Electronics (INAOE) in Tonantzintla, Puebla.  At INAOE, Edgar founded the graduate program in the electronics field and promoted the creation of the Microelectronics Laboratory while serving as head of the department.  The state-of-the art Microelectronics Laboratory was widely recognized in the field and provided unique opportunities for students and researchers throughout Latin America.  In 1995, INAOE awarded Edgar the Honoris Causa Doctorate for his contributions in the analog integrated circuits field.

In 1983 Edgar became a professor of electrical engineering at Texas A&M University in College Station Texas, a position he held for 37 years along with the Texas Instruments’ Jack Kilby Chair.  He served for many years as Director of the Analog and Mixed Signal Center and was recognized as a Texas A&M University Distinguished Professor in 2005.

Edgar was a proud IEEE Life Fellow and was elevated to fellow grade in 1992.  He has served as a member of the Board of Governors of the IEEE Circuits and Systems Society (CASS) and as Vice President of Publications for CASS.   He was Editor -in Chief of the IEEE Transactions on Circuits and Systems II: Express Briefs.   He has also served as a Distinguished Lecturer of the CASS.  On two occasions he served as General Chair/Co-Chair of the IEEE Midwest Symposium on Circuits and Systems.  He was a life member of the Institution of Engineering and Technology (IET).  Throughout his career, Edgar was active in a large number of professional activities across the globe including offering numerous workshops and lectures, serving on organizing committees of numerous conferences, serving as guest editor on timely publications, and engaging in numerous collaborative research and outreach programs.    His efforts in Latin America and South America, in particular, have played a key role in increasing IEEE activities in these regions; and more recently, his efforts to establish ties with Ghana have resulted in a growth of CASS activities and new opportunities for students in Western Africa.

Edgar co-founded Vidatronic with his former student, Moises Robinson.  Specializing in enhancing the efficiency and performance of electronic devices, Edgar served as the Chief Technology Officer of the company.

With the generous support and help from his friends, industry, and former students, the endowed Edgar Sanchez-Sinencio and Yolanda F. de Sanchez Chair was created at TAMU to support a faculty member in the Department of Electrical and Computer Engineering.   A scholarship fund in his name has also been established.