Established in 2019, this award will recognize and honor SSCS members in their early career who are exploring innovative and visionary technical work within the field of solid-state circuits. The award aims to emphasize pioneering developments that are at the frontiers of IC design or possess an imminent potential to expand the field through new categories of circuit technologies, system design, and/or emerging applications.

Those who receive this award must be a current SSCS Member in good standing and have received their highest degree (Bachelor or Higher) within ten years of the Award’s application deadline.

This award will be given annually to one winner, but only if a suitable awardee is identified.  The winner of this award will receive a plaque and honorarium of $5,000.

The call for nominations will be made in our primary SSCS member communications, the Solid-State Circuits Magazine and Society Newsletter.  The nomination package will consist of: (1) a one to two-page description of the candidate’s current contributions and vision of how the candidate’s research and development work will advance the field of solid-state circuits; (2) a list of publications or patents to support the nomination; (3) a maximum of three letters of recommendation from people familiar with the candidate’s work.

The Award selection process will be managed by the SSCS Awards Committee, which consists of an appointed Chair, who will select additional members of the Committee or appoint sub-committees as needed.

This award will be presented at the plenary session of one of the SSCS financially sponsored conferences, at the choice of the recipient.

Announcement of the Award winner will appear in the Solid-State Circuits Magazine, SSCS Newsletter, and SSCS Website.

A platform called OpenWater is required to upload nomination packages. For detailed instructions on how to use the OpenWater platform, CLICK HERE.

The following materials must be uploaded as part of the nomination package:

1). A one to two-page description of the candidate's current contributions and the vision of his or her research and development and how it will advance the field of solid-state circuits (PDF only, 25 MB Max)

2). A list of the candidate's publications or patents to support this nomination (PDF only, 25 MB Max) 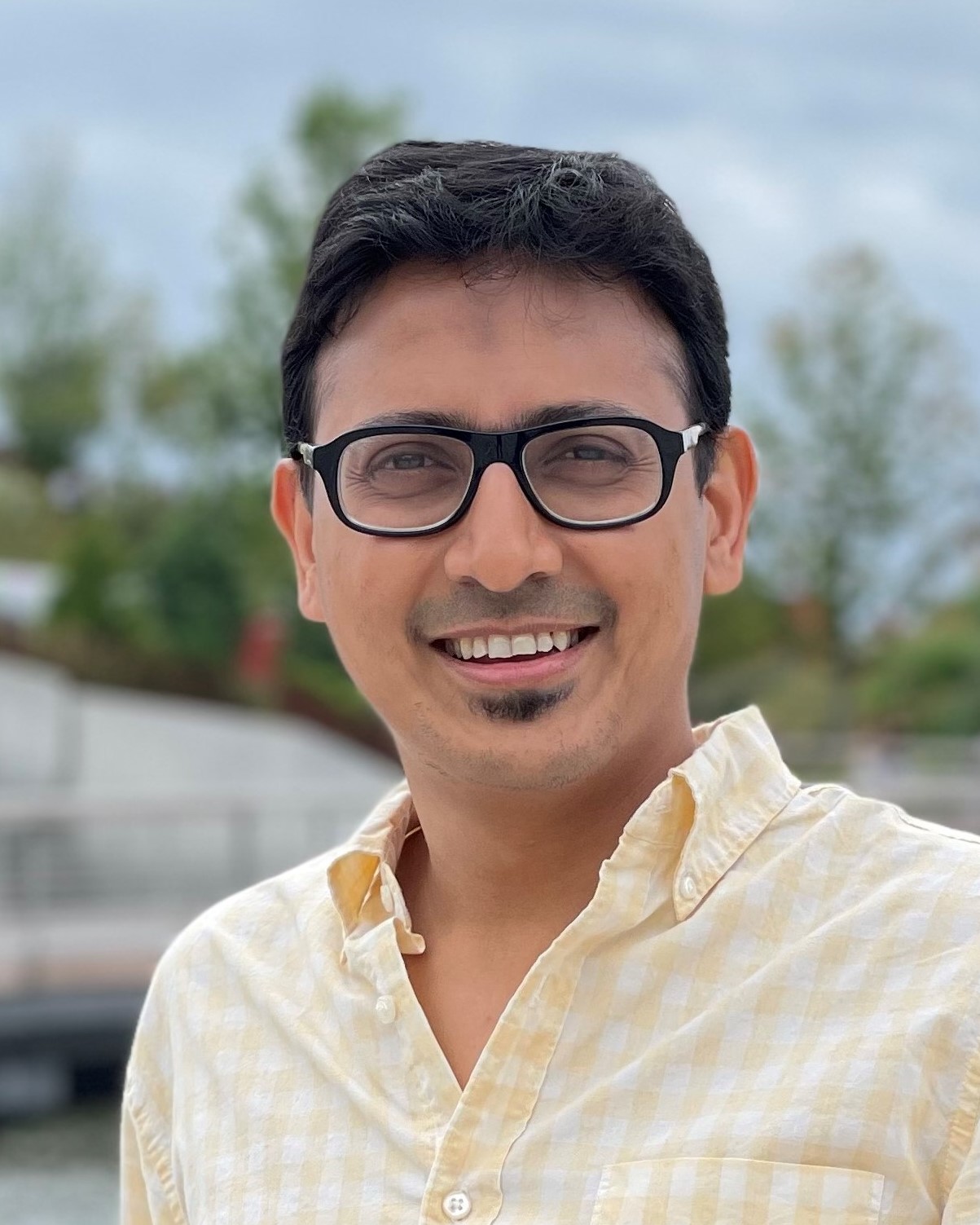 Kaushik Sengupta is currently an Associate Professor and Director of Graduate Studies in Electrical and Computer Engineering at Princeton University.  He received the B.Tech. and M.Tech. degrees in Electronics and Electrical Communication engineering from IIT Kharagpur India in 2007, and the Ph.D. degree in Electrical Engineering from Caltech, Pasadena in 2012. He directs the Integrated Microsystems Research lab at Princeton that focuses on enabling new capabilities in electronic and nano-optical integrated systems across RF/Terahertz/Optical frequencies focusing on cross-layer techniques from the electromagnetic interfaces to algorithms for emerging applications in communication, sensing and imaging. His lab is funded by several federal organizations including NSF, AFOSR, ONR, ARO, DARPA, and several semiconductor companies.

Dr. Sengupta received the Bell Labs Prize in 2017, Young Investigator Program (YIP) Award from ONR in 2017, the DARPA Young Faculty Award in 2018, and the Inaugural Young Alumni Achievement Award from IIT Kharagpur in 2018. He served as a Distinguished Lecturer for IEEE Solid-State Circuits Society from 2019-2020), and is currently serving as the Distinguished Lecturer for IEEE Microwave Theory and Techniques (2021-2023). He received the IEEE Microwave Theory and Techniques (MTT-S) Microwave Prize in 2015 and the MTT-S Outstanding Young Engineer Award in 2021.