This award was established in 2021

This award supports innovation in the field of solid-state circuits by funding projects that build excitement around the field among future generations, encouraging their participation, and awarding applicants whose project proposals are selected. Project examples include, but are not limited to: design activities that engage students at the pre-college or undergraduate level, and/or teams from under-represented groups; development of tools that provide broad access to design and simulation resources; and projects that expand the application of solid-state circuits technology to new areas

This is an annual award and up to 10 applicants may be recognized in a single year, based on the availability of funds in the James D. Meindl Memorial Educational Fund and the approval of the SSCS AdCom. Applicant must be a current SSCS member in good standing, with an initial join date at least in the previous calendar year. This award will be given annually only if a suitable awardee or awardees are identified.

Each recipient receives a development grant of up to $20,000 to support the recipient’s project proposal, plus a plaque and a $5,000 honorarium. Each recipient shall submit a report on project outcomes no later than 18 months following receipt of the award, and the report shall be subject to an audit by the Society.

The SSCS Award Committee will appoint a sub-committee of experts to evaluate applications as to whether the applicant’s contribution is significant and merits consideration for the Award.

This award will be presented at the International Solid-State Circuits Conference.

A platform called OpenWater is required to upload nomination packages. For detailed instructions on how to use the OpenWater platform, CLICK HERE.

The following materials must be uploaded as part of the nomination package:

1). A one-page paper describing the applicant’s accomplishments and involvement in the field of solid-state circuits. (PDF only 25 MB max)

2). A one-page plan to engage the next generation of IC designers. (PDF only, 25 MB Max)

3). A plan, not to exceed one page, that tells us how the development grant would be used to support a project that will engage the next generation of IC designers (PDF only, 25 MB Max)

Incomplete nomination packages will not be accepted or considered. 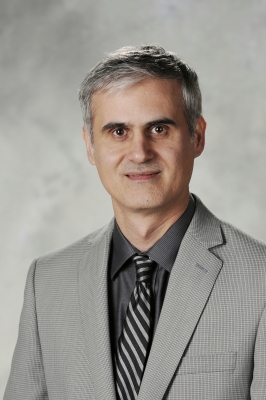 Prior to his graduate studies (from 1994 to 1999), he was a design engineer with Partban and Afratab Companies, both located in Tehran, Iran. He worked as a research engineer in the Microelectronics Research Center at Georgia Tech from 2004 to 2008 and joined the ECE faculty at Georgia Tech in fall 2008.

His research crosses the boundaries of materials, devices, circuits, and systems investigating integrated circuits based on conventional and emerging nanoelectronic and spintronic devices and interconnects.  He has received the IEEE Electron Devices Society (EDS) Paul Rappaport Award for the best paper that appeared in IEEE Transactions on Electron Devices during 2007. He has received an NSF CAREER Award, an SRC Inventor Recognition Award, and several best paper awards at international conferences.