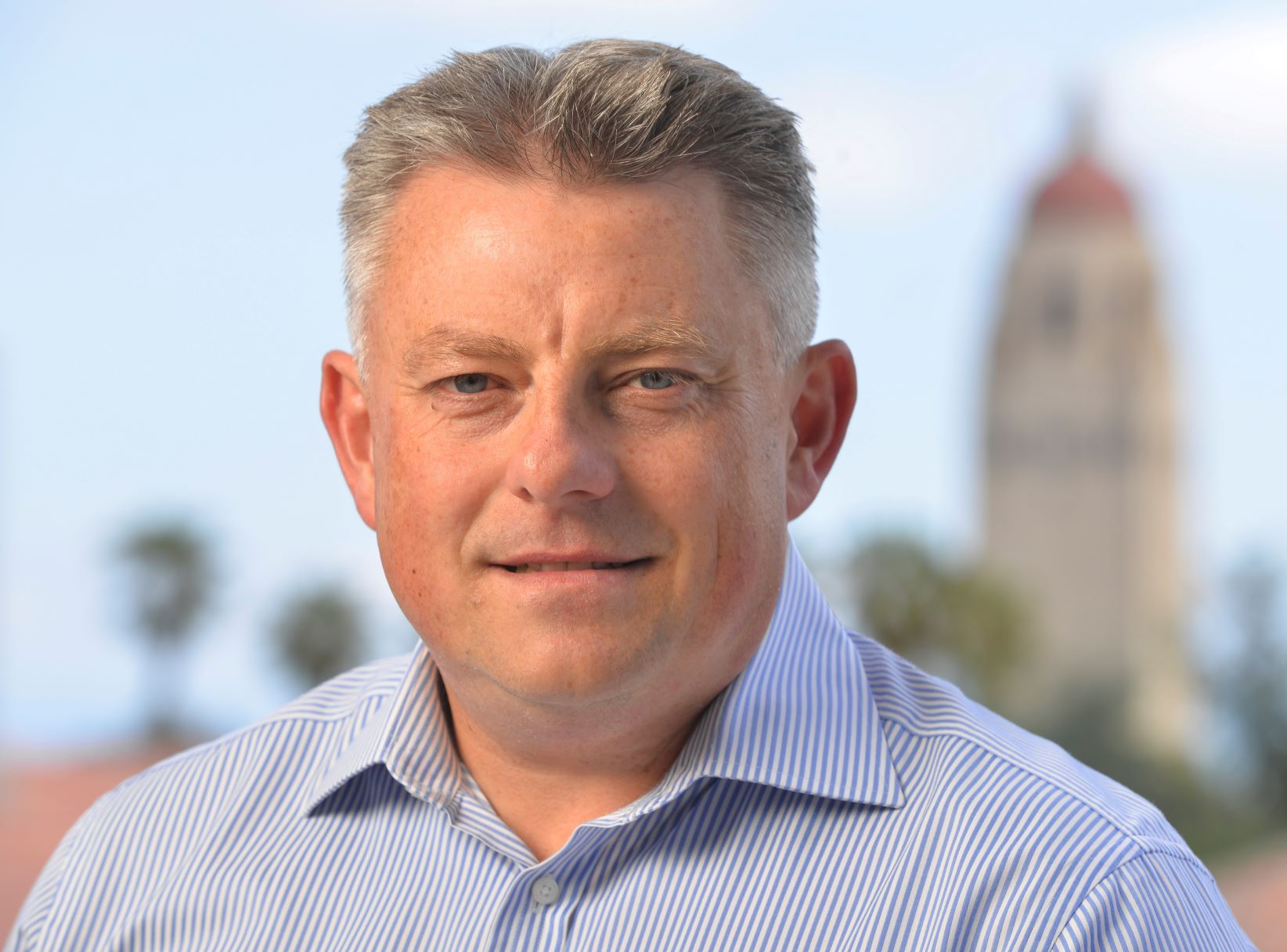 Boris Murmann is a Professor of Electrical Engineering at Stanford University. He joined Stanford in 2004 after completing his Ph.D. degree in electrical engineering at the University of California, Berkeley in 2003. From 1994 to 1997, he was with Neutron Microelectronics, Germany, where he developed low-power and smart-power ASICs in automotive CMOS technology. Since 2004, he has worked as a consultant with numerous Silicon Valley companies. Dr. Murmann’s research interests are in mixed-signal integrated circuit design, with special emphasis on sensor interfaces, data converters and custom circuits for embedded machine learning. In 2008, he was a co-recipient of the Best Student Paper Award at the VLSI Circuits Symposium and a recipient of the Best Invited Paper Award at the IEEE Custom Integrated Circuits Conference (CICC). He received the Agilent Early Career Professor Award in 2009 and the Friedrich Wilhelm Bessel Research Award in 2012. He has served as an Associate Editor of the IEEE Journal of Solid-State Circuits, an AdCom member and Distinguished Lecturer of the IEEE Solid-State Circuits Society, as well as the Data Converter Subcommittee Chair and the Technical Program Chair of the IEEE International Solid-State Circuits Conference (ISSCC). He is the founding faculty co-director of the Stanford SystemX Alliance and the faculty director of Stanford's System Prototyping Facility (SPF). He is a Fellow of the IEEE. 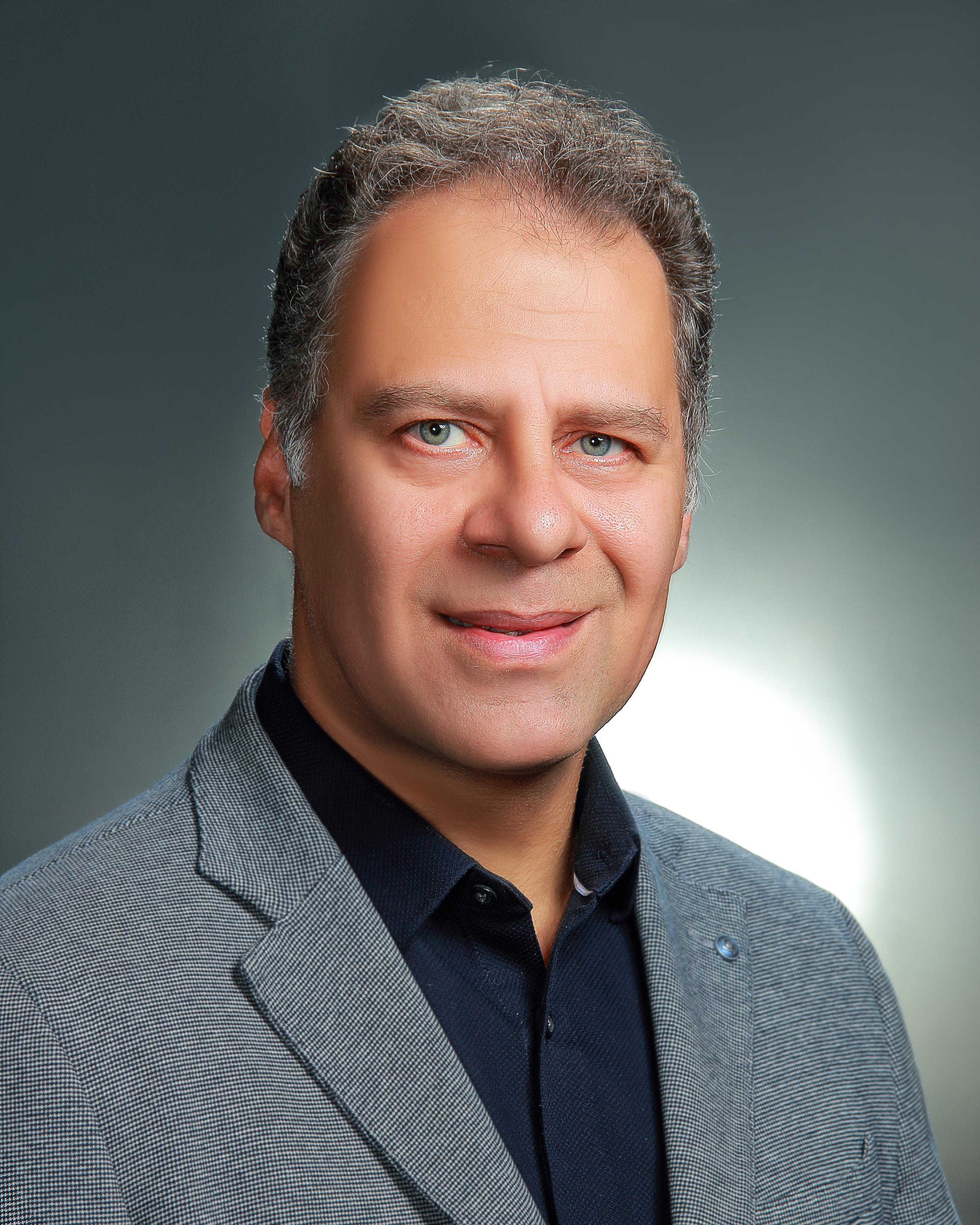 Payam Heydari (M’01, SM’09, F17) received his B.S. and M.S. degrees (Honors) in Electrical Engineering from Sharif University of Technology in 1992 and 1995, respectively. He received his Ph.D. degree from the University of Southern California in 2001. He is currently a Full Professor of Electrical Engineering at the University of California, Irvine. Dr. Heydari's research covers the design of millimeter-wave, RF, and analog integrated circuits. He is the (co)-author of two books, two book chapters, and more than 150 journal and conference papers. He was a Distinguished Lecturer of the IEEE Solid-State Circuits Society (Jan. 2014 – Jan. 2016) and is now a Distinguished Microwave Lecturer of the IEEE Microwave Theory and Techniques Society (Jan. 2019 – Dec. 2022). His research group was among the first who introduced the design of millimeter-wave integrated circuits in silicon technologies. They demonstrated the first fundamental frequency CMOS end-to-end transceiver operating above 200 GHz.

Dr. Heydari was selected as the inaugural Faculty Innovation Fellow by the University of California, Irvine (UCI) Beall Applied Innovation. Dr. Heydari is a recipient of the 2016-2017 UCI’s School of Engineering Mid-Career Excellence in Research, the 2014 Distinguished Engineering Educator Award from Orange County Engineering Council, the 2009 Business Plan Competition First Place Prize Award and Best Concept Paper Award both from Paul Merage School of Business at UC-Irvine, the 2010 Faculty of the Year Award from UC-Irvine's Engineering Student Council (ECS), the 2009 School of Engineering Best Faculty Research Award, the 2007 IEEE Circuits and Systems Society Guillemin-Cauer Award, the 2005 IEEE Circuits and Systems Society Darlington Award, the 2005 National Science Foundation (NSF) CAREER Award, the 2005 Henry Samueli School of Engineering Teaching Excellence Award, and the Best Paper Award at the 2000 IEEE Int'l Conference on Computer Design (ICCD). He was recognized as the 2004 Outstanding Faculty in the EECS Department of the University of California, Irvine. His research on novel low-power multi-purpose multi-antenna RF front-ends received the Low-Power Design Contest Award at the 2008 IEEE Int'l Symposium on Low-Power Electronics and Design (ISLPED). 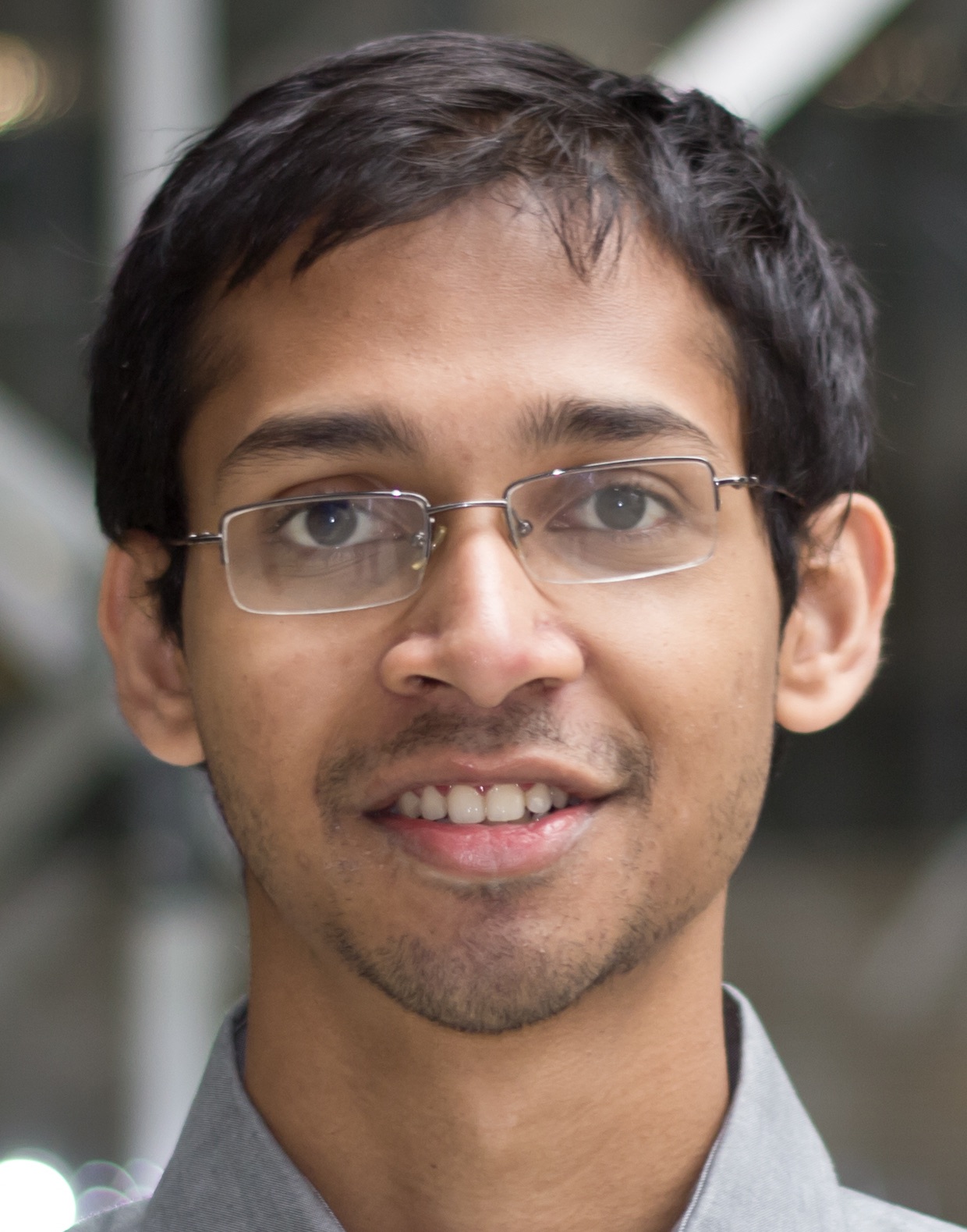 In 2014, he worked in the Embedded Processing Lab in Texas Instruments, Dallas, TX, designing authentication circuits using emerging memories. He is currently a Hardware Security Architect and Researcher with the Security Center of Excellence at Analog Devices, Boston, MA. His research focuses on low power system design, hardware security and neural network acceleration. Mr. Juvekar was a recipient of the MIT Presidential Fellowship in 2012 and the Qualcomm Innovation Fellowship in 2016. He is a recipient of the Chorafas Foundataion Award for 2018 and the 2018 Jin-Au Kong Award for the Best PhD Theses in Electrical Engineering at MIT. 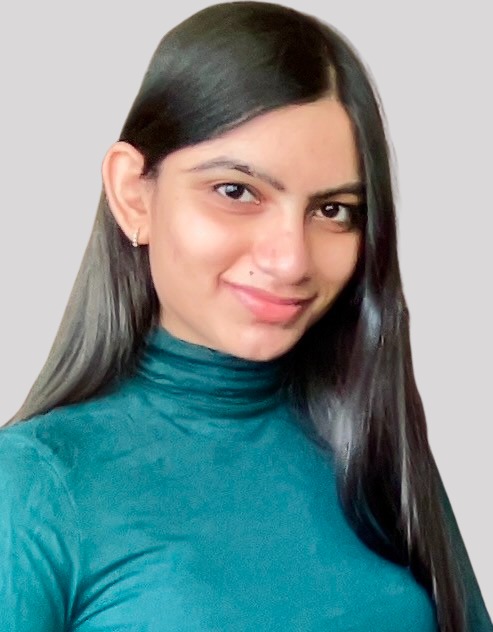 Awani Khodkumbhe (S'19) received the B.E. degree in Electronics and Instrumentation Engineering from the Birla Institute of Technology and Science, Pilani in 2020. She is an incoming M.S./Ph.D. student in Electrical Engineering and Computer Science (EECS) at the University of California, Berkeley. She is currently Analog Design Engineer at Texas Instruments, India. She was previously an undergraduate researcher at the University of Twente, the Netherlands and published a first-authored paper on linear power amplifiers under load-mismatch at the IEEE Radio Frequency Integrated Circuit (RFIC) Symposium 2020. She was a finalist in the 3MT Competition at the IEEE RFIC Symposium 2020. She is a recipient of the Berkeley Fellowship and the only undergraduate student to receive the honor of IEEE SSCS Rising Star at ISSCC 2020. 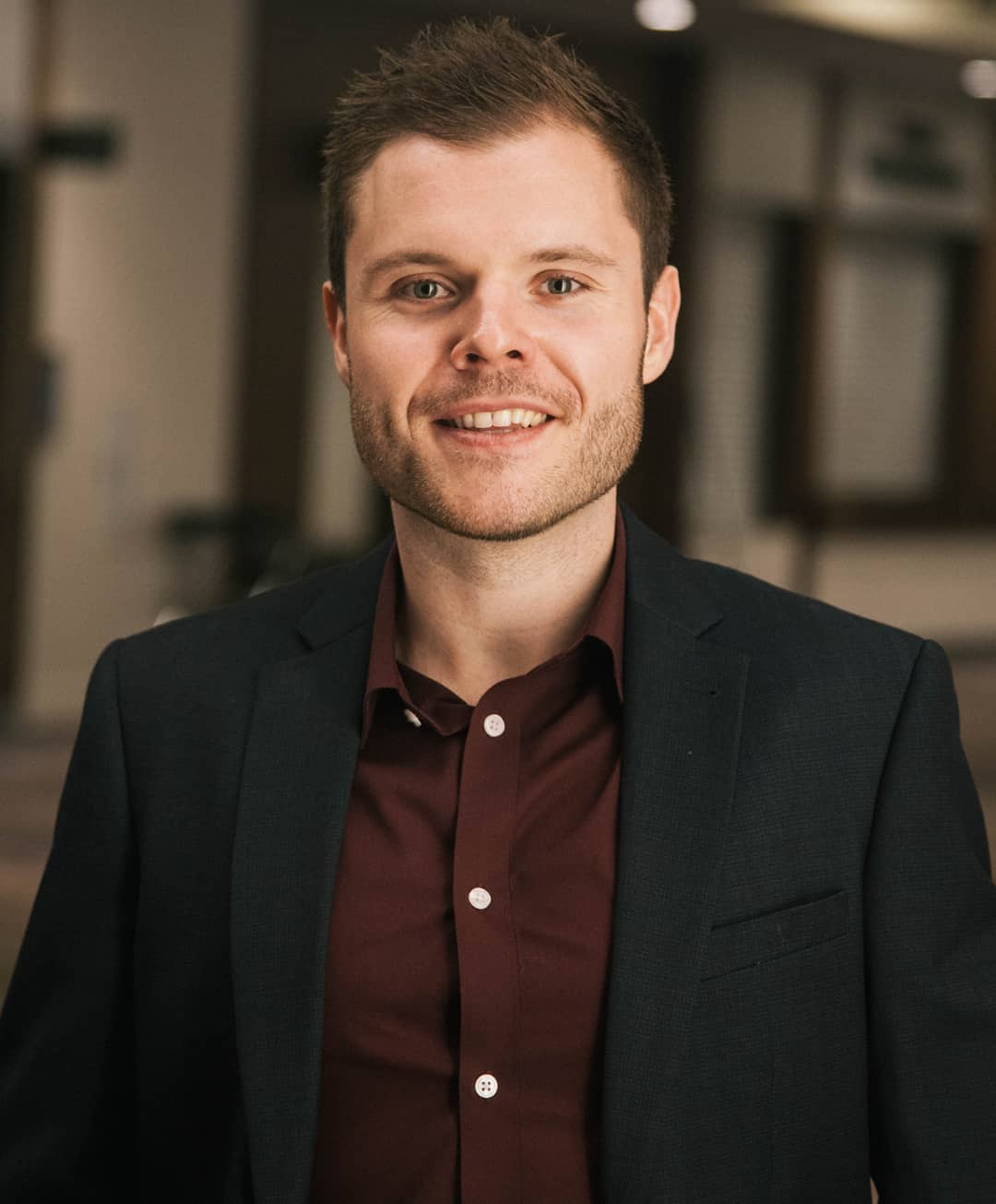 Gerard O’Leary (S’16) is a Ph.D. candidate in electrical and computer engineering at the University of Toronto, Canada, and the founder and CTO of NerveX Neurotechnologies. He received the B.Eng. degree from the National University of Ireland, Galway, Ireland, and the M.A.Sc. degree from the University of Toronto, all in electrical and computer engineering. He has held engineering positions at Analog Devices, Limerick, Ireland, The European Space Agency, Noordwijk, The Netherlands, and ARM, Cambridge, U.K.

His research focuses on the emerging use of integrated circuits at the interface between neural and electronic systems. Such mixed-signal ICs utilize low-power signal processing and machine learning accelerators to infer brain states and control activity using responsive electrical neuromodulation. He serves as a reviewer of the IEEE Transactions on Very Large Scale Integration Systems (TVLSI), the IEEE Transactions on Biomedical Circuits and Systems (TBioCAS) and the IEEE Journal of Biomedical and Health Informatics (JBHI). He is the recipient of the SSCS Pre-doctoral Achievement Award. 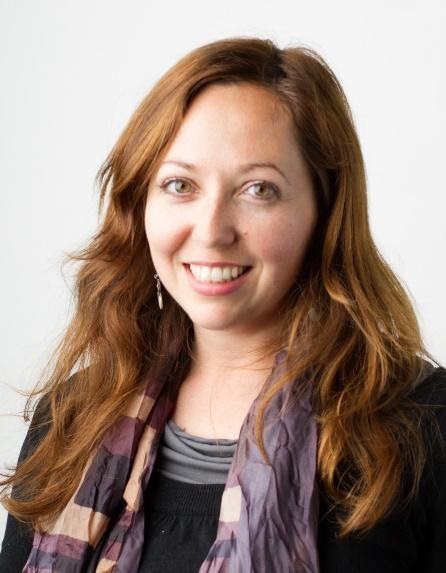 Rikky Muller (M’04–SM’17) received the B.S. and M.S. degrees from MIT, Cambridge, MA, USA, and the Ph.D. degree from the University of California at Berkeley, Berkeley, CA, USA, all in electrical engineering and computer sciences (EECS).

She previously held positions as an IC Designer with Analog Devices, Wilmington, MA, USA, and as a McKenzie Fellow and a Lecturer of EE with the University of Melbourne, Melbourne, VIC, Australia. She was also the Co-Founder of Cortera Neurotechnologies, Inc., Berkeley, a medical device company founded in 2013 and acquired in 2019, where she held positions as CEO and CTO. She is currently the S. Shankar Sastry Assistant Professor in Emerging Technologies with the EECS Department, University of California at Berkeley. She is also the Co-Director of the Berkeley Wireless Research Center, a Core Member of the Center for Neural Engineering and Prostheses, University of California at Berkeley, and an Investigator with the Chan-Zuckerberg Biohub, San Francisco, CA, USA. Her expertise is in the research and commercialization of implantable medical devices and in developing integrated circuits (ICs) and systems for neurological applications.

Dr. Muller is a member of the technical program committee for IEEE ISSCC, and has previously served on the committees of IEEE CICC and BioCAS. She has also served as a Guest Editor for the IEEE Journal of Solid-State Circuits. She is a Senior Member of the IEEE, and a member of the Solid-State Circuits Society, the Circuits and Systems Society, the Society for Neuroscience, Women in Circuits and Women in Neural Engineering. She has received numerous fellowships and awards, including the National Academy of Engineering Gilbreth Lectureship, the Chan-Zuckerberg Biohub Investigatorship, the Keysight Early Career Professorship, the Hellman Fellowship, and the NSF CAREER Award. She was named one of MIT Technology Review’s top 35 global innovators under the age of 35 (TR35), and one of MedTech Boston’s top 40 healthcare innovators under 40. 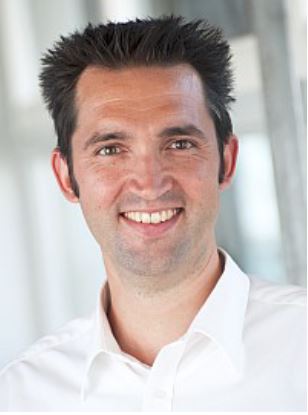 Maurits Ortmanns (M’04–SM’11) received the Dr.-Ing. degree in microsystems engineering from the University of Freiburg, Germany, in 2004. From 2004 - 2005, he has been with sci-worx GmbH, Hannover, Germany, where he was working on implantable electronics. In 2006, he was appointed Assistant Professor for Integrated Interface Circuits at the University of Freiburg. Since 2008, Prof. Ortmanns is full professor at the University of Ulm, where he heads the Institute of Microelectronics. Prof. Ortmanns' main research interests include mixed-signal integrated circuit design, self-correcting and reconfigurable analog circuits, with special emphasis on data converters and implantable electronics. Prof. Ortmanns received the VDI and the VDE award in 1999, Best Student Paper Awards at MWSCAS 2009, SampTA 2011, BioCAS 2019, the ITG Publication Award 2015, best demo awards at ICECS 2016 and SENSORS 2017, and the faculty teaching awards 2012 and 2015. He served as program committee member of ESSCirC, DATE, ICECS, and ECCTD, as Associate Editor of the IEEE Transactions of Circuits and Systems I and II and as Guest Editor of the IEEE Journal Solid State Circuits. Prof. Ortmanns was a Technical Program and Executive Committee member of the IEEE International Solid-State Circuits Conference (ISSCC) between 2012-2016 and the European Regional Chair of ISSCC 2015. He holds several patents, is author of the book “Continuous-Time Sigma-Delta A/D Conversion” and several other book chapters, and he contributed more than 250 IEEE journal and conference papers. 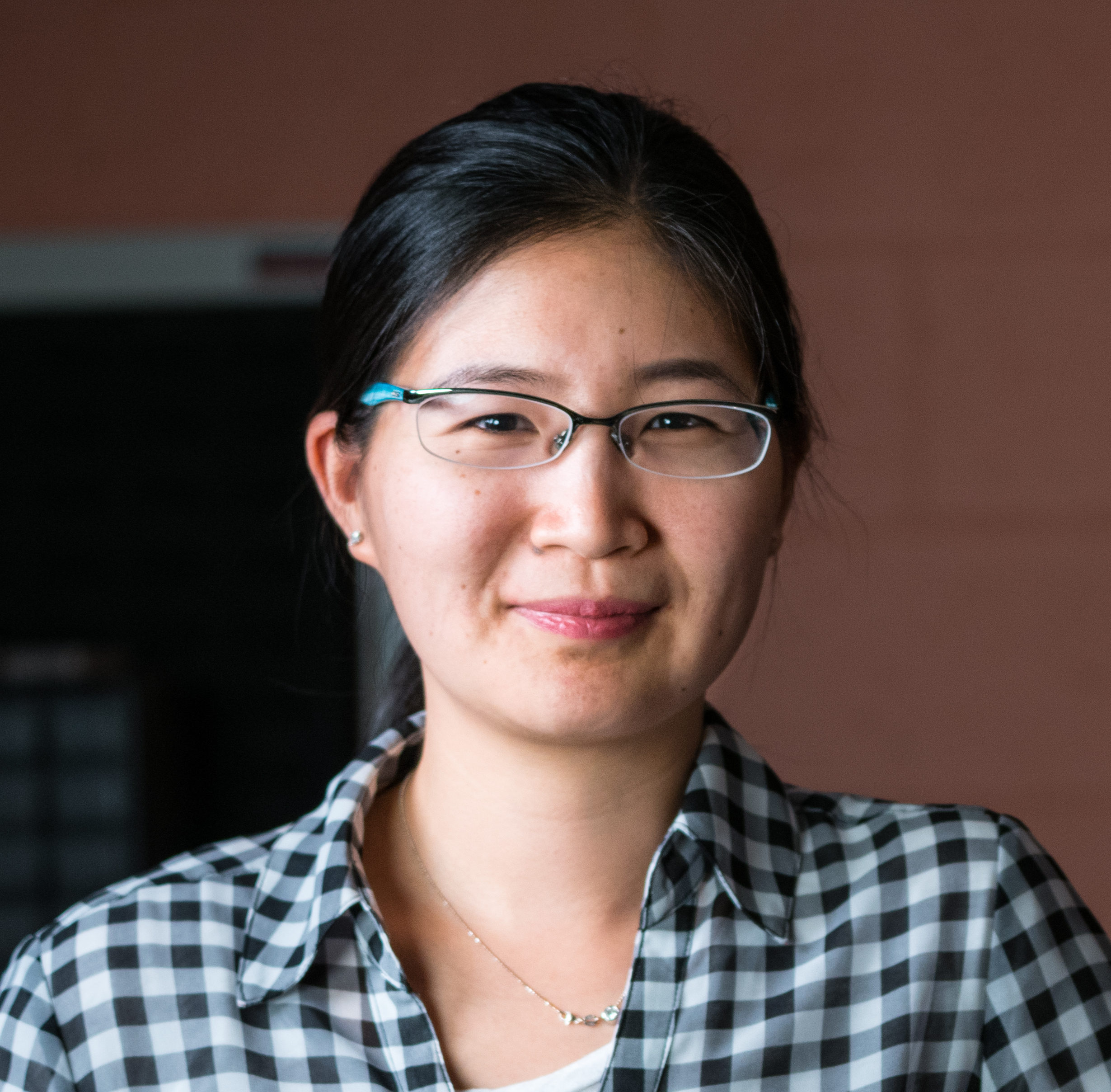 Vivienne Sze (http://sze.mit.edu/) is an associate professor in MIT’s Department of Electrical Engineering and Computer Science and leads the Research Lab of Electronics’ Energy-Efficient Multimedia Systems research group. Her group works on computing systems that enable energy-efficient machine learning, computer vision, and video compression/processing for a wide range of applications, including autonomous navigation, digital health, and the internet of things. She is widely recognized for her leading work in these areas and has received many awards, including faculty awards from Google, Facebook, and Qualcomm, the Symposium on VLSI Circuits Best Student Paper Award, the IEEE Custom Integrated Circuits Conference Outstanding Invited Paper Award, and the IEEE Micro Top Picks Award. As a member of the Joint Collaborative Team on Video Coding, she received the Primetime Engineering Emmy Award for the development of the High-Efficiency Video Coding video compression standard. She is a co-author of the book entitled “Efficient Processing of Deep Neural Networks”. 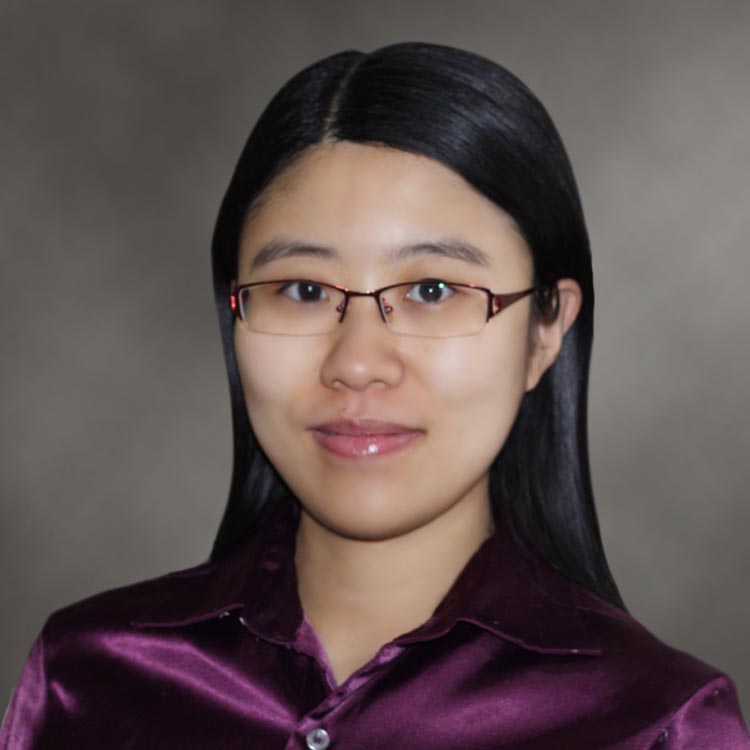 Milin Zhang is an associate professor in the department of Electronic Engineering, Tsinghua University. She received the B.S. and M.S. degrees in electronic engineering from Tsinghua University, Beijing, China, in 2004 and 2006, respectively, and the Ph.D. degree in the Electronic and Computer Engineering Department, Hong Kong University of Science and Technology (HKUST), Hong Kong. After finishing her doctoral studies, she worked as a postdoctoral researcher at the University of Pennsylvania (UPenn). She joined Tsinghua University as an Assistant Professor in the Department of Electronic Engineering in 2016. Her research interests include designing of traditional and various non-traditional imaging sensors, such as polarization imaging sensors and focal-plane compressive acquisition image sensors. She is also interested in brain-machine-interface (BMI) and relative biomedical sensing applications and new sensor designs.
She serves and has served as the TPC member of ISSCC, CICC, A-SSCC and BioCAS. She is the Chapter chair of the SSCS Beijing chapter. She has received the Best Paper Award of the BioCAS Track of the 2014 International Symposium on Circuits and Systems (ISCAS), the Best Paper Award (1st place) of the 2015 Biomedical Circuits and Systems Conference (BioCAS), the best student paper award (2nd place) of ISCAS 2017. 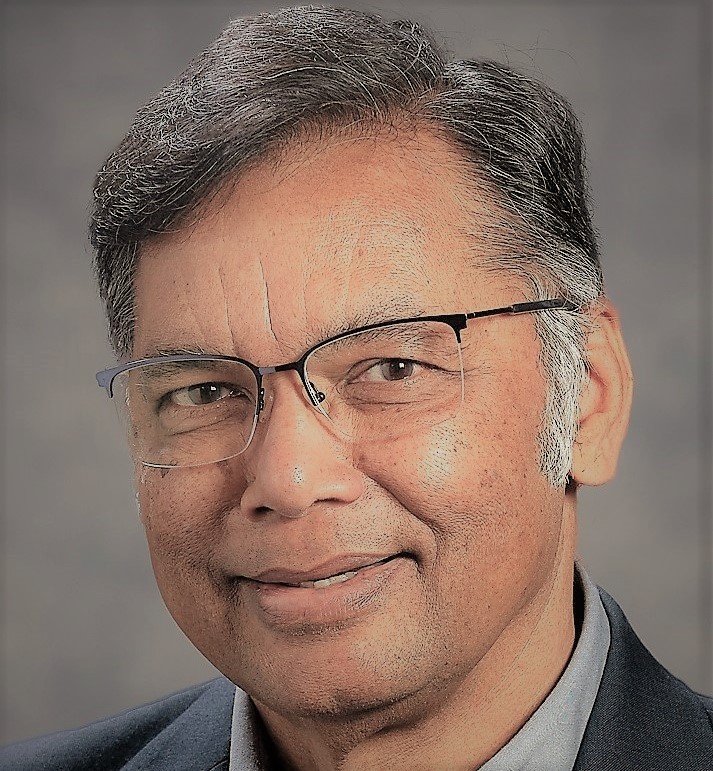 Dr. Rakesh Kumar is a semiconductor industry veteran, an entrepreneur, and an educator.  He is the founder, President and CEO of TCX Technology Connexions.  Currently he educates and mentors potential engineering entrepreneurs at UCSD.  Dr. Kumar has authored the book “Fabless Semiconductor Implementation”, published by McGraw Hill. He is an IEEE Life Fellow and was inducted into the IEEE Technical Activities Hall of Honor in 2018.  He is currently Chair of IEEE Roadmaps Committee, Co-Chair of the DataPort Steering committee, a Region 5-6 Governor for the IEEE-HKN honor society, and has been President of the Solid-State Circuits Society (2012-13).  He was Vice Program Chair for the 2017 Sections Congress.     During 40+ years  in the semiconductor industry he has been VP&GM at Cadence Design, and has held various technical and management positions at Unisys and Motorola. He received the Ph.D. M.S. and B.S diplomas in EE in 1974, 1971 and 1969 respectively, and an Executive “MBA” from UCSD in 1989.