How to Save Lives with Circuits Workshop at ISSCC 2019

Over 300 engineers attended the workshop entitled “How to Save Lives with Circuits” on Sunday 17 February at the San Francisco Marriott Marquis. The Workshop, co-sponsored by ISSCC and the SSCS Women in Circuits (WiC) committee, was made open to the public and had both ISSCC conference attendees and local engineers and students joining.  The purpose of the workshop was to have leading women at all stages of their lives to talk on topics relevant to their career in healthcare, artificial intelligence (AI), and security - all hot topics in our field.  Two senior women were invited to give distinguished talks, two junior women gave invited talks, and a panel session with the title "What Can Circuit Designers do to Bolster Security in AI-driven Healthcare?" capped off the evening with a third distinguished talk by a Turing Award winner. 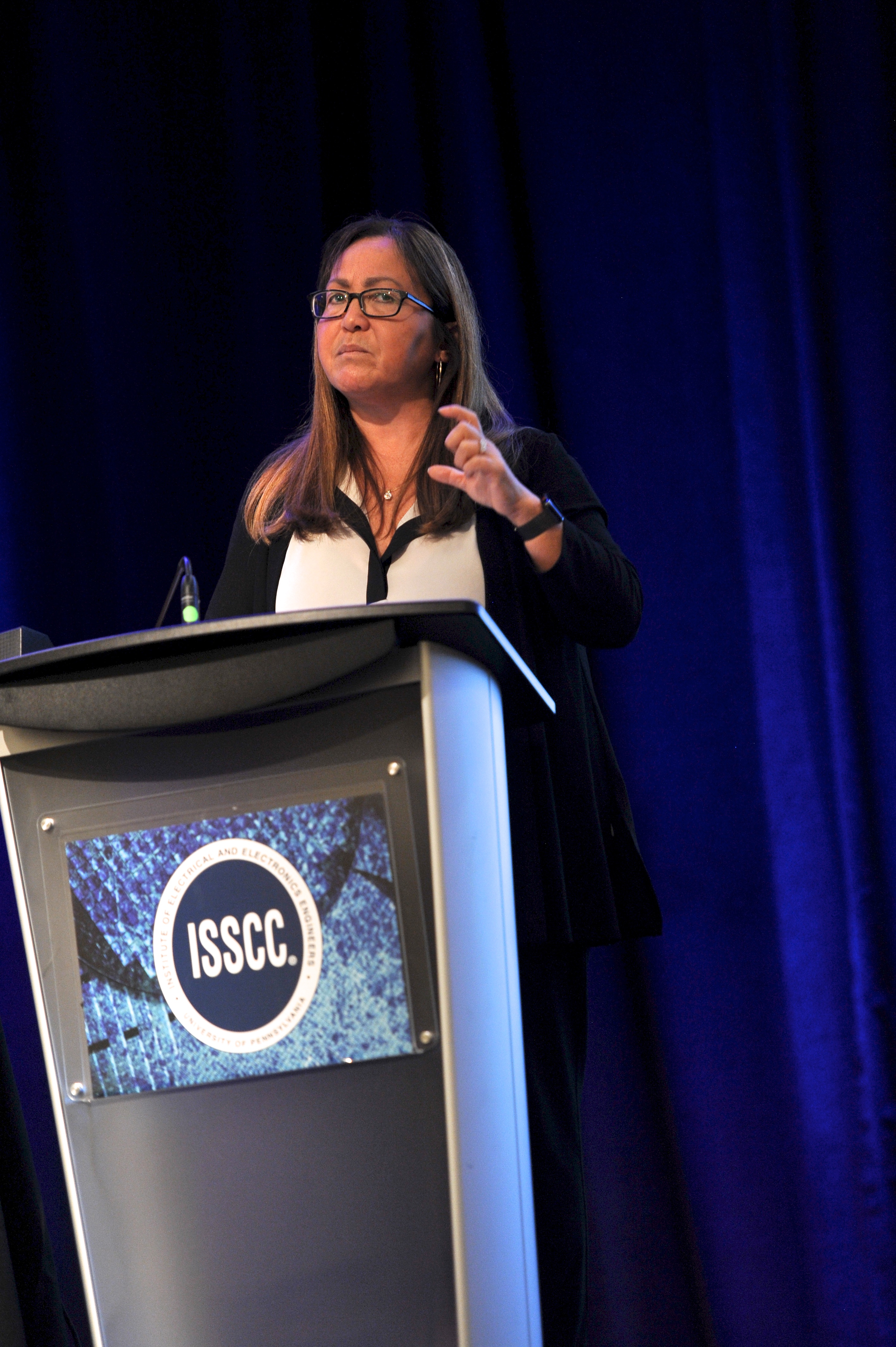 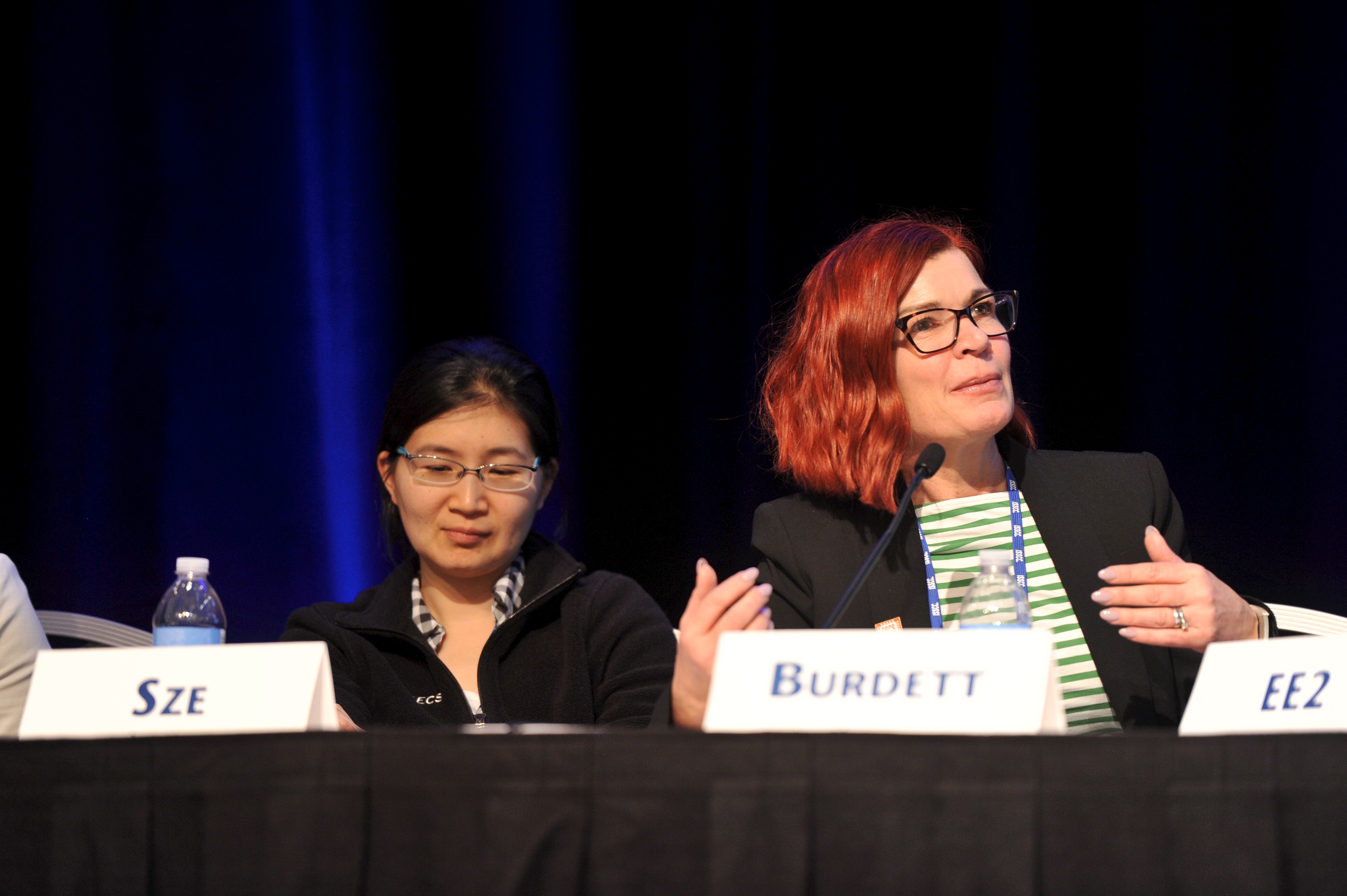 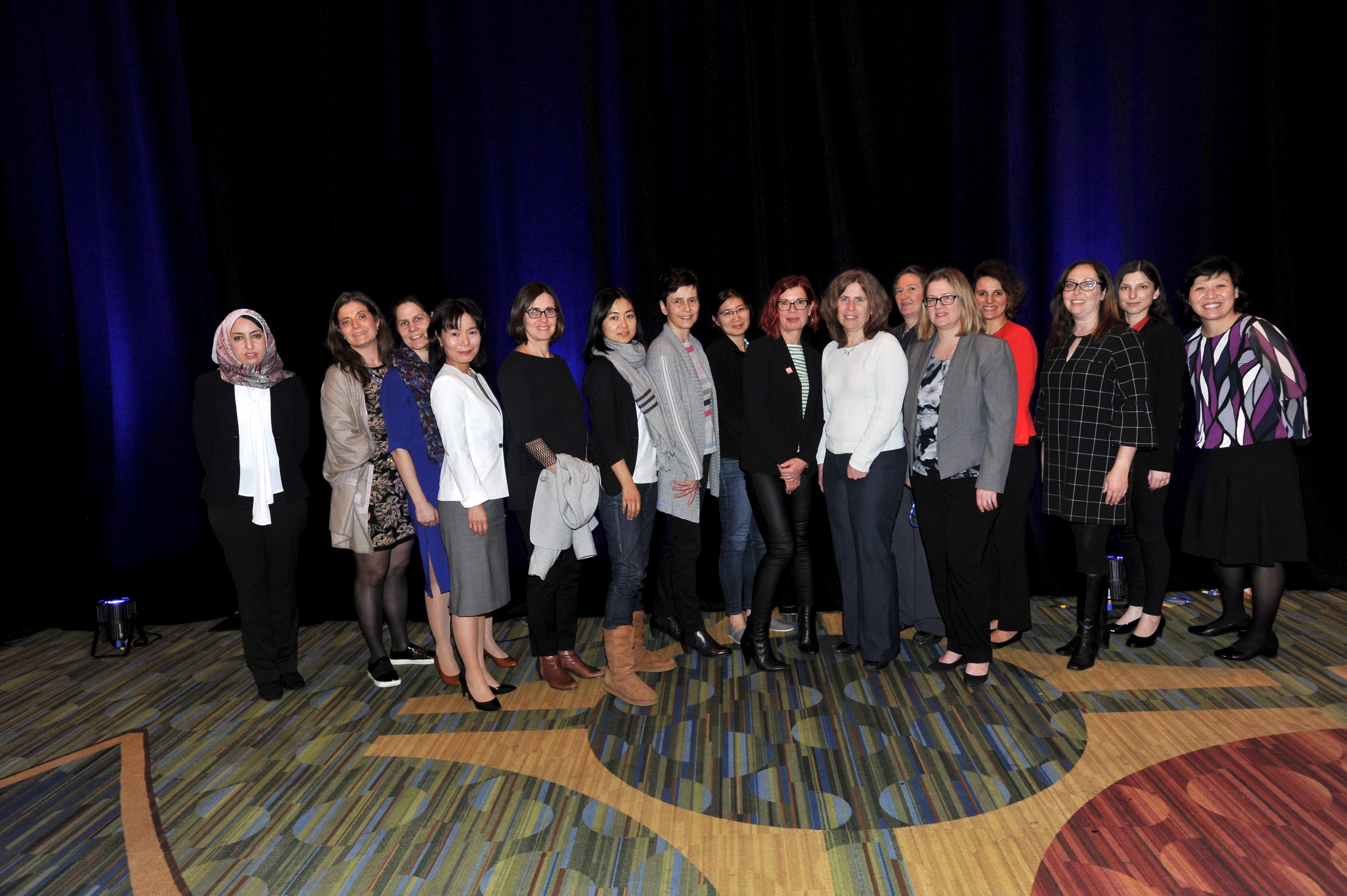 The Women in Circuits and SSCS Young Professionals held a Joint Mentoring Event at CICC 2019. There were roundtable discussions and mentees had the opportunity to learn about entrepreneurship, publications and career advice, and more. 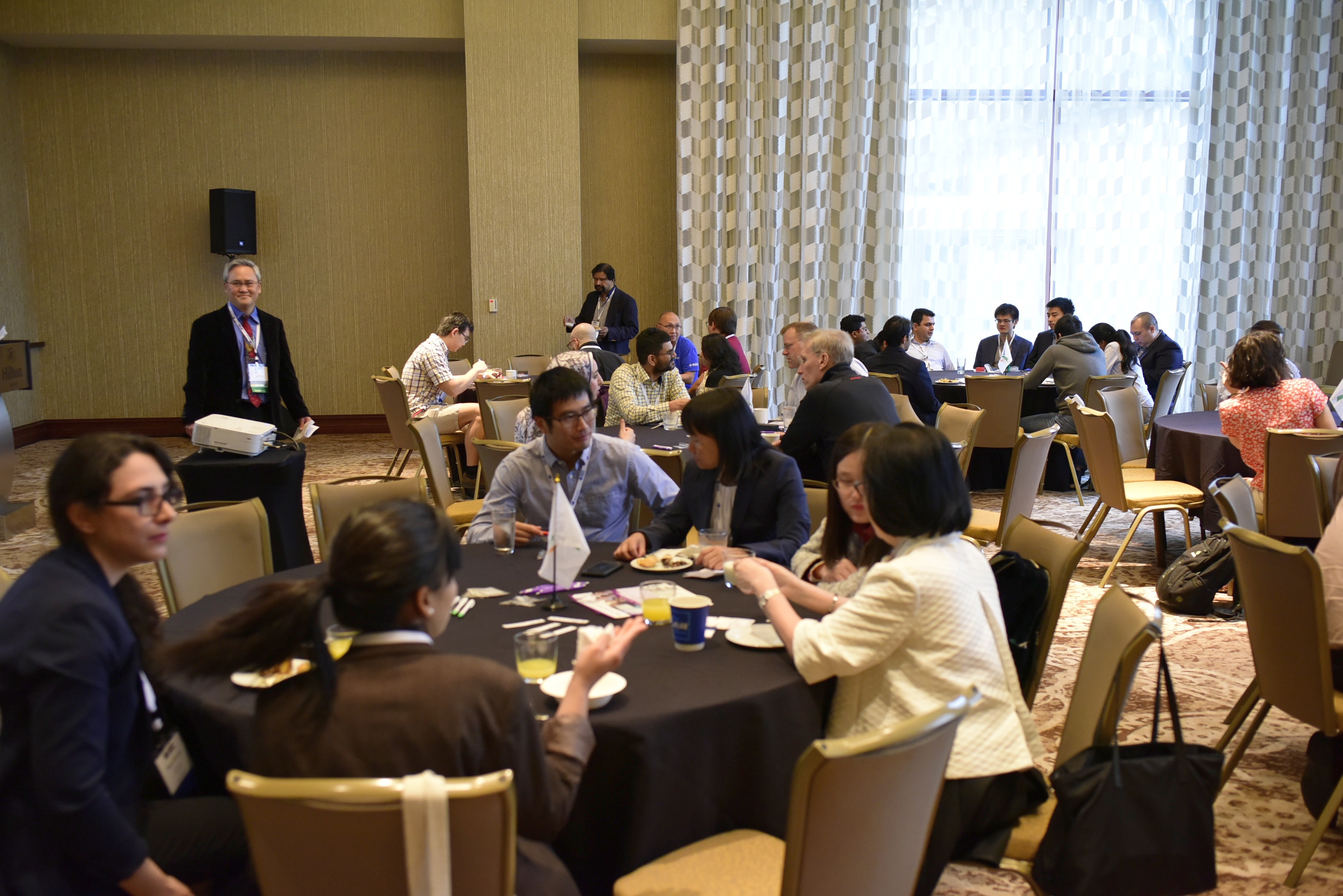 The Diversity Luncheon featured interactive talks and panel discussions on how to increase diversity in the device and circuits community, followed by a networking lunch. Speakers for the event included Todd Waterman, Director at Texas Instruments; John Wuu, Fellow at AMD; Vivienne Sze, Professor at MIT; and Makoto Nagata, Professor at Kobe University. 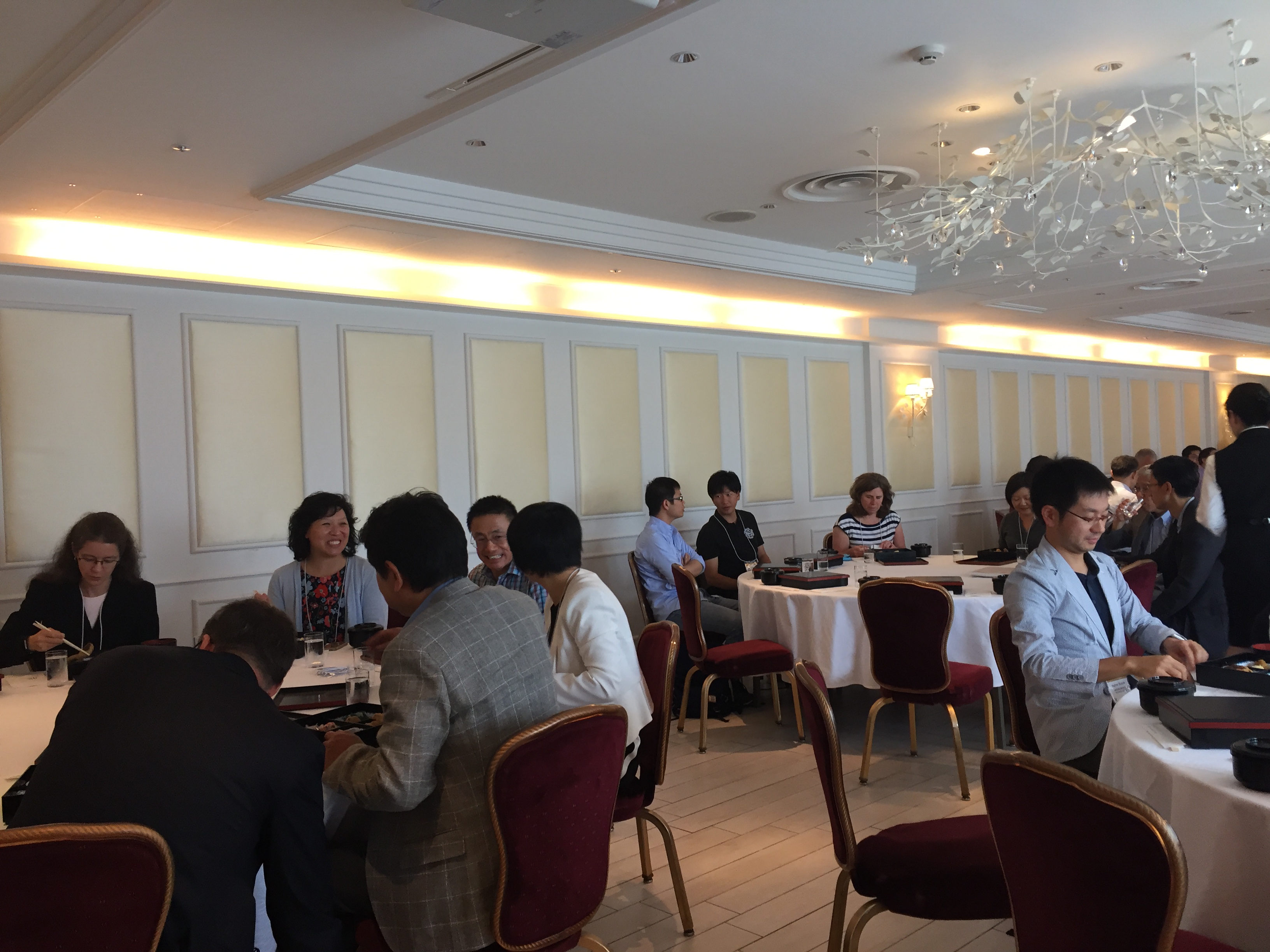 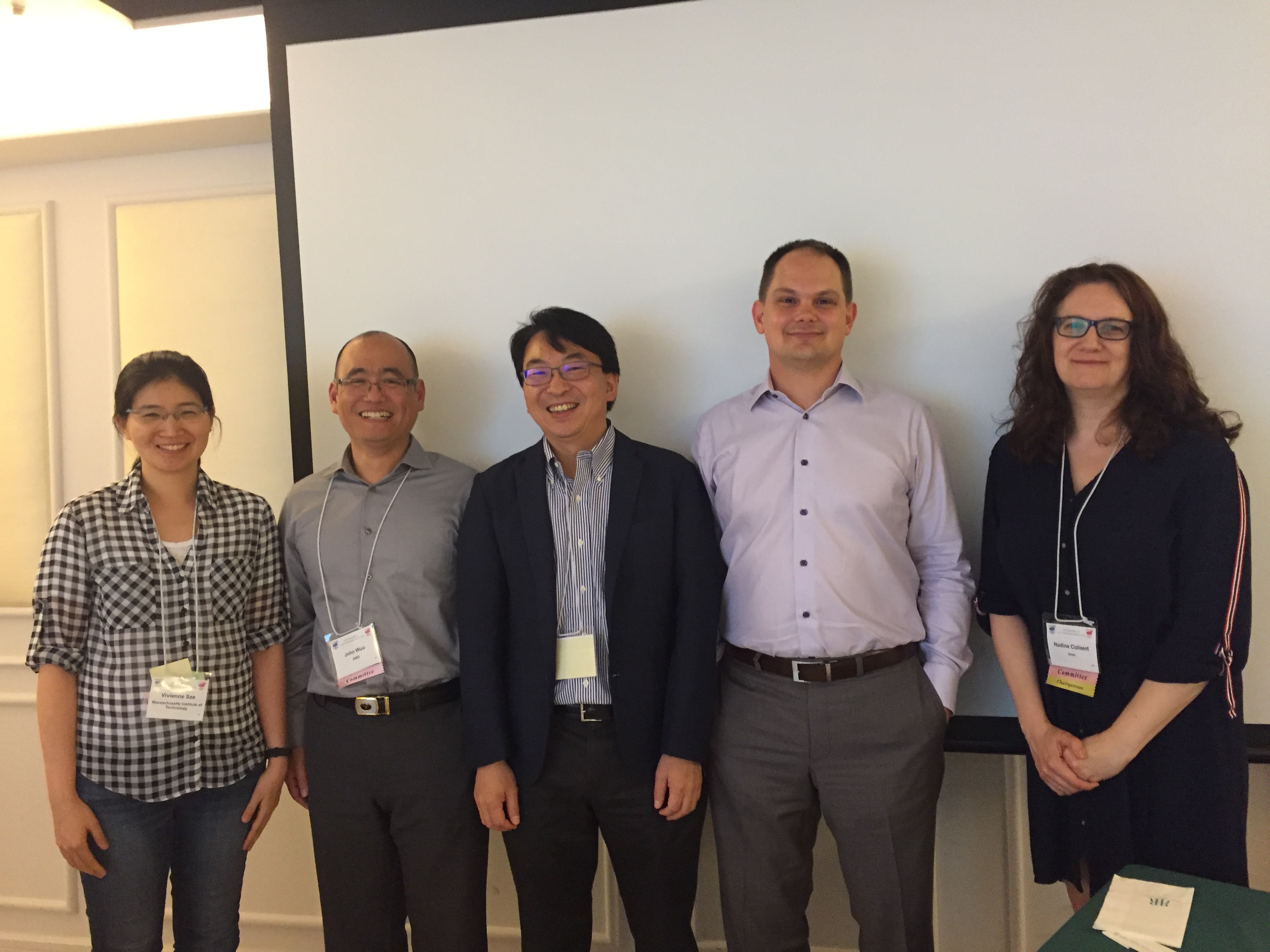 The first Workshop co-sponsored by ISSCC and the SSCS Women in Circuits Committee was held Sunday 11 February at the San Francisco Marriott Marquis.  The workshop entitled “Workshop for Social Good” was made open to the public and had both ISSCC conference attendees and local engineers and students joining.  The purpose of the workshop was to have leading women at all stages of their lives to talk on topics relevant to their career.  Two senior women were invited to give keynotes, two junior women gave invited talks, and at the end of the workshop, was a series of round tables of topics ranging from careers in industry, academia, entrepreneur, to specific topics, such as,  machine learning and biomedical applications. The inaugural event was a big success with 300 participants. 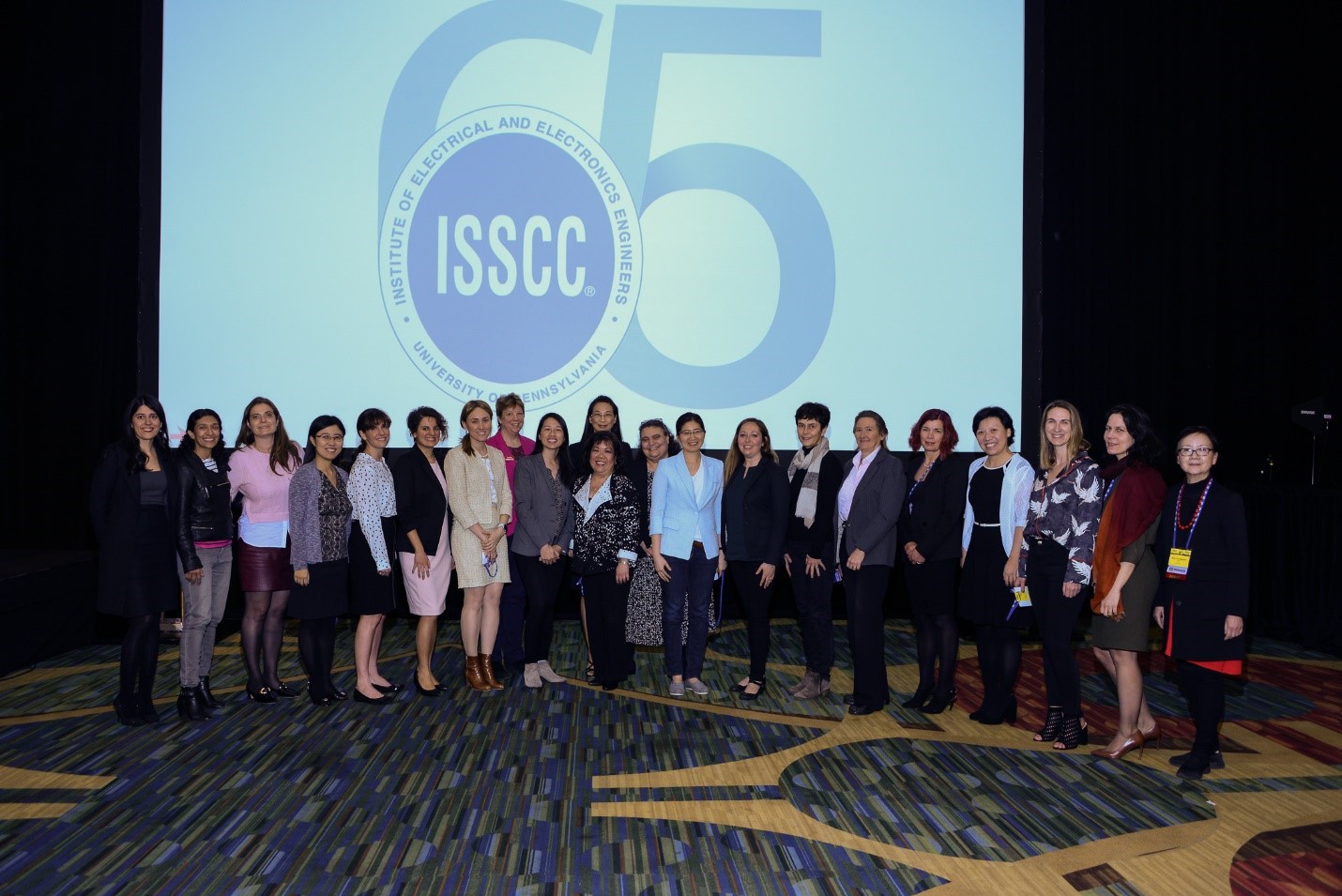 The IEEE Solid-State Circuits Society (SSCS) and the Electron Devices Society (EDS) hosted a Women in Engineering Networking Event in conjunction with the 2018 Symposium on VLSI Technology and Circuits. The networking event attracted over 20 attendees. The conversation flowed, connections were made, and delicious food was consumed at the beautiful Hilton Hawaiian Village in Honolulu, Hawaii.

The event began with opening statements from Prof. Edith Beigne, who organized the event. Prof. Beigne talked about the benefits of joining SSCS and EDS and the women in engineering program. She spoke about the various networking opportunities at IEEE conferences and local chapter events where women can meet and interact with each other.

Afterward, attendees had the opportunity to listen to an inspiring talk from Barbara De Salvo, Chief Scientist and Deputy Director of CEA-Leti, Grenoble, France. Barbara talked about the hardships that women have had to face when it comes to navigating in the engineering industry and her own career and experiences. 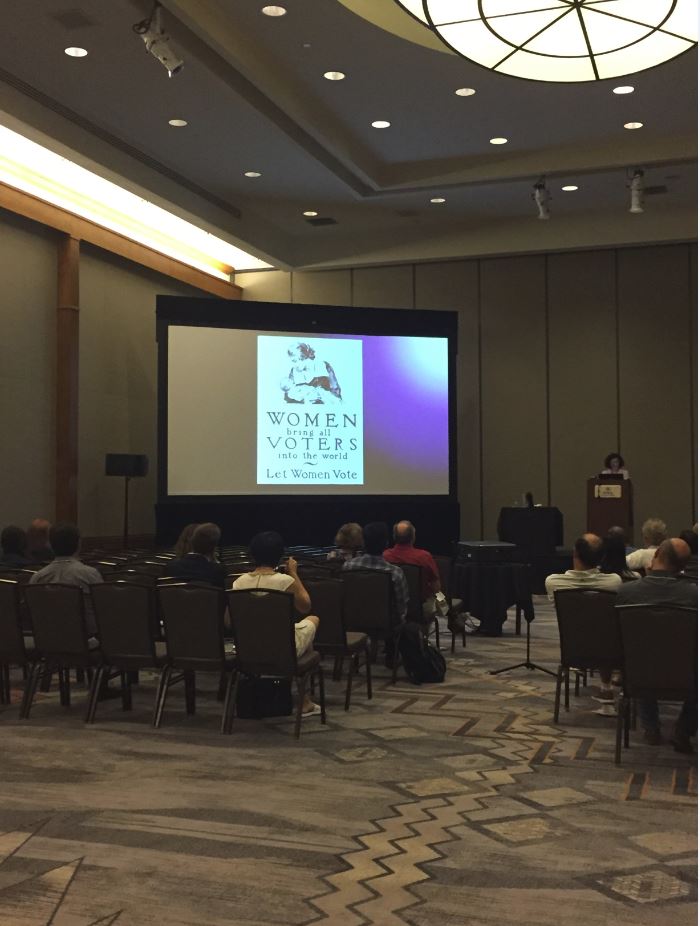 The IEEE Solid-State Circuits Society (SSCS) hosted its second annual Women in Circuits (WiC) Bay Area Networking Luncheon on Friday, 9 November, in Palo Alto, California. The luncheon attracted over 35 attendees from the Bay Area. Yildiz Sinangil, Apple, talked about the benefits of joining SSCS. Alice Wang, PsiKick Senior Director, and Yan Li, Senior Fellow at Western Digital also spoke. SSCS Santa Clara Valley Chapter Chair, Mojtaba Sharifzadeh, gave a brief talk about how to get involved on the local level. Afterward, attendees had the opportunity to meet and mingle with each other. 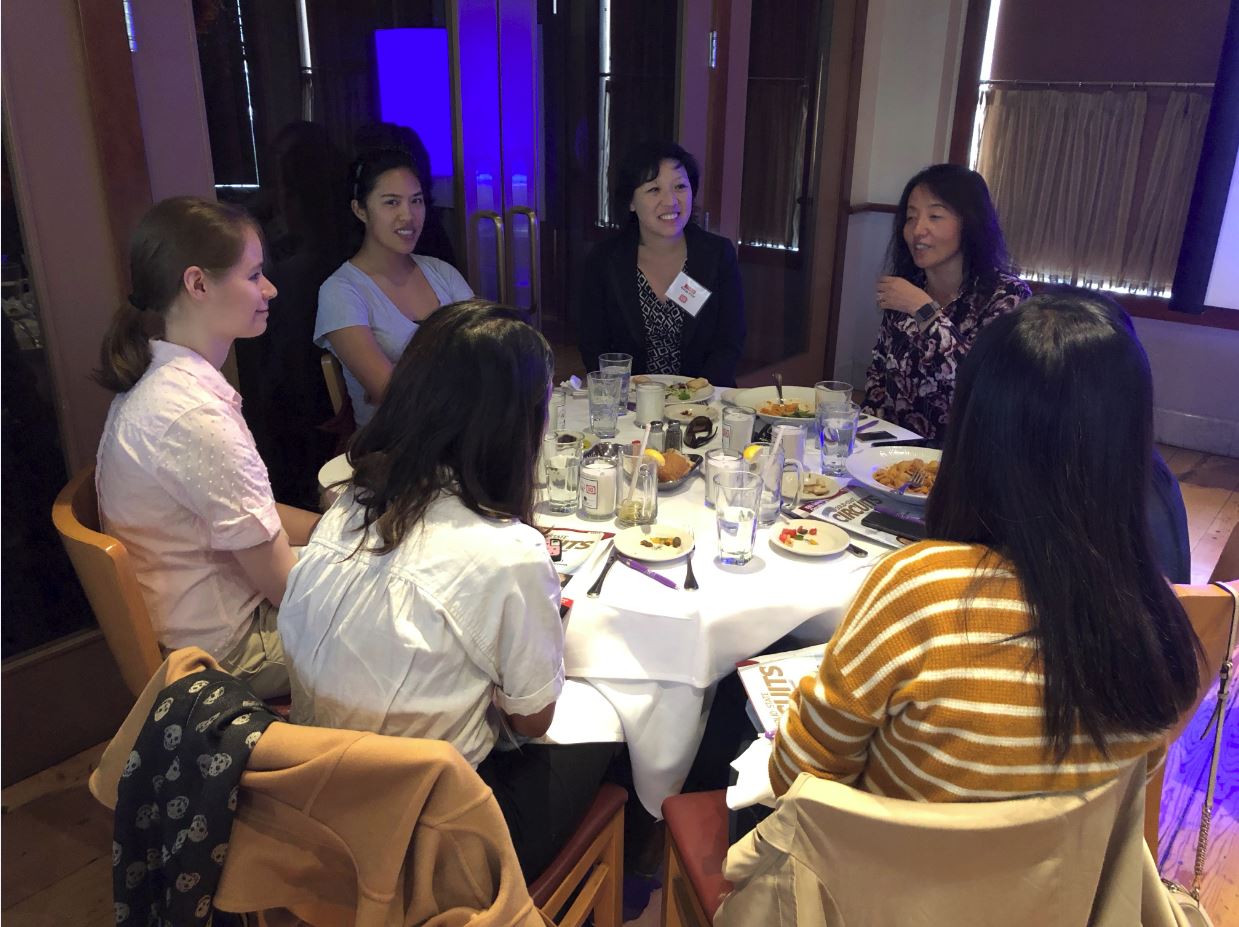 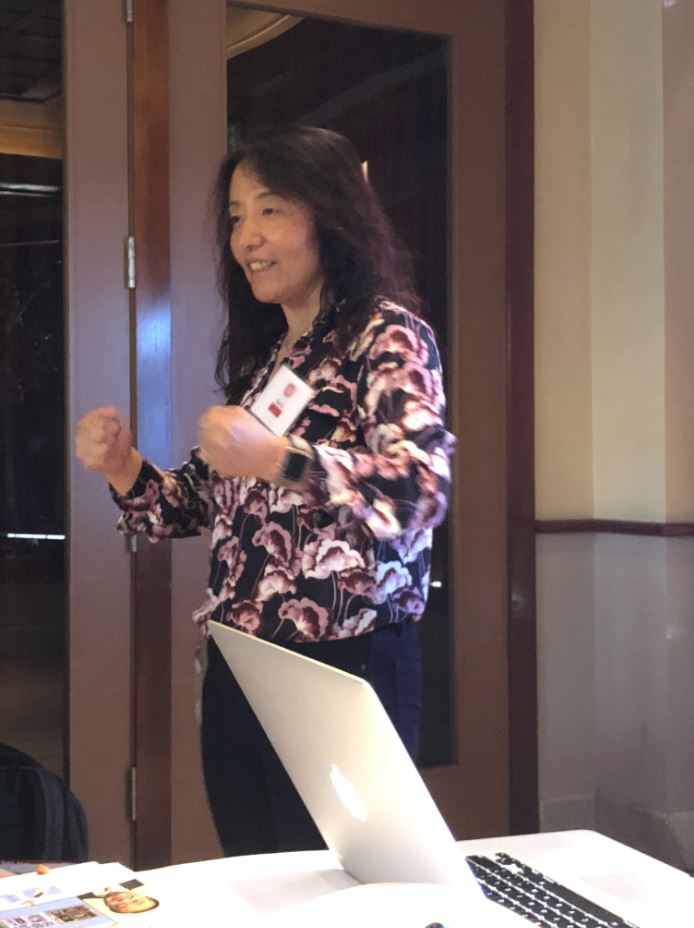 The IEEE Solid-State Circuits Society (SSCS) Women in Circuits (WiC) Committee hosted a networking luncheon in conjunction with the Asian Solid-State Circuits Conference (A-SSCC) in Tainan, Taiwan, on 6 November 2018. The event attracted 10 attendees from both academia and industry. Dr. Claire Chen, Director of Power Management BD, TSMC, gave an inspiring talk during the event, sharing her career and life experiences. Connections were made, and delicious food was consumed. 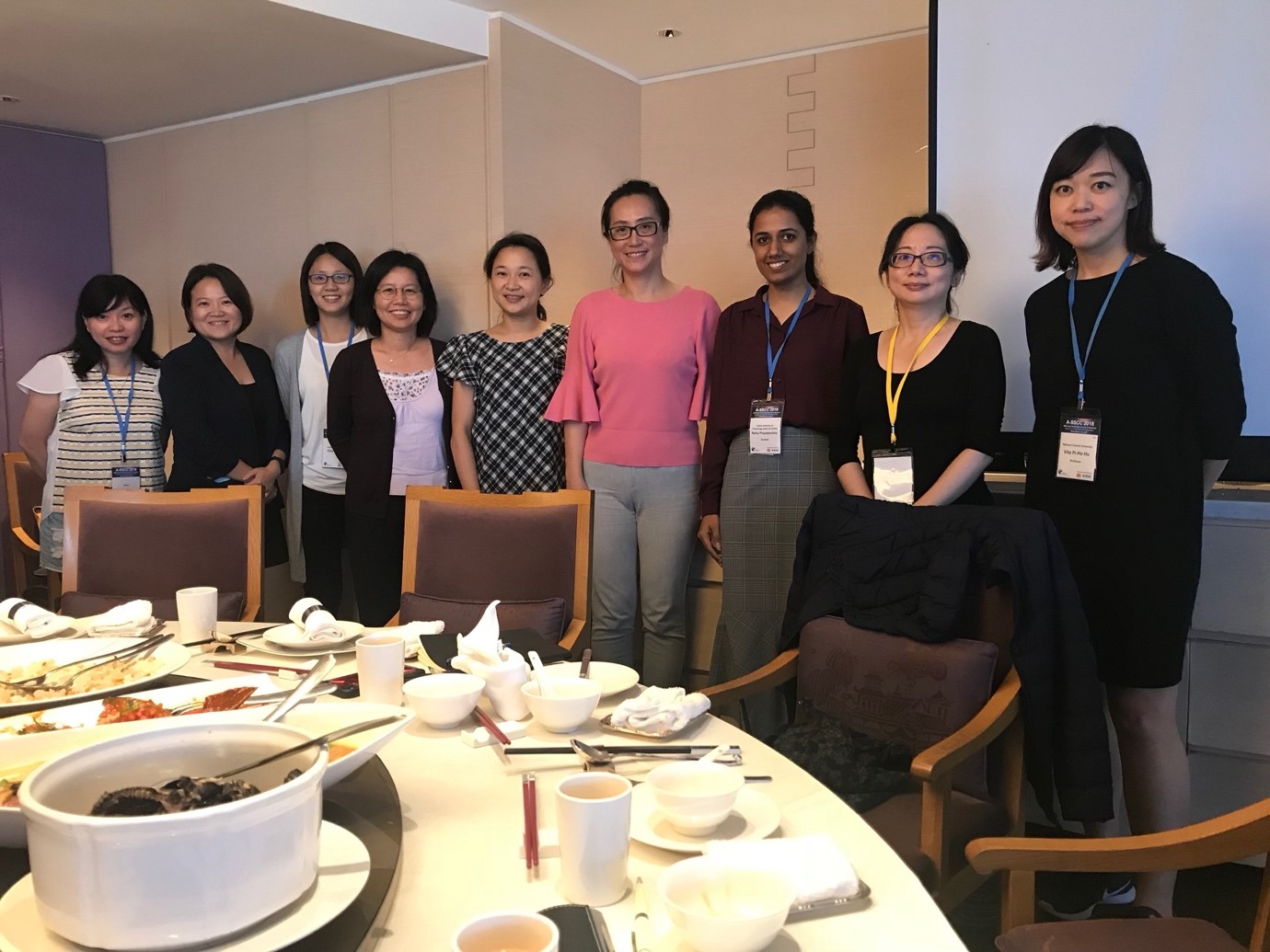 A Women in Circuits Luncheon and Mentoring Event was held at ESSCIRC 2017 in Leuven, Belgium. Special guest speaker Francoise Chombard (Melexis) talked about why businesses need women and how businesses can benefit from women in the workplace. The talk was followed by lunch on the terrace with networking and casual conversation. The participants were tasked with brainstorming and writing down what women can do to contribute to STEM.

The VLSI Symposia Women in Circuits Luncheon was held on Tuesday, June 6, 2017 in conjunction with VLSI Symposia in Kyoto, Japan. The ladies attending the event had the opportunity to make connections with leading experts from industry and academia and talk to fellow women about work-life balance, career opportunities, and entrepreneurship. 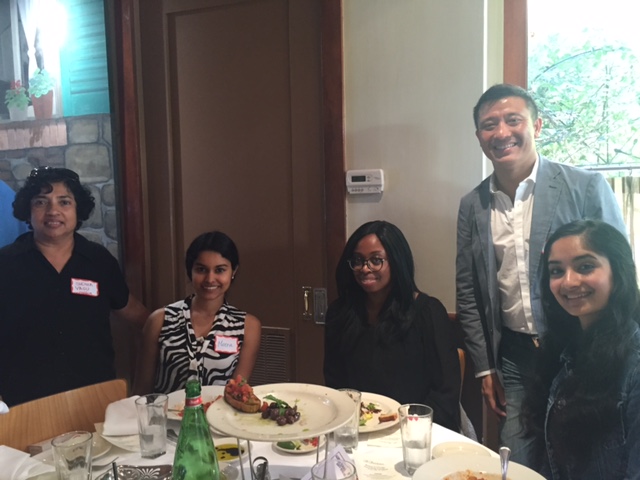