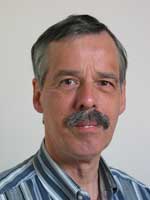 Stepping out of line

Every vintner is eager to get a good review from Robert Parker   - a leading US wine critic widely published in newsletters and books --   as it directly doubles the commercial value of his inventory. Since Mr. Parker loves the scent of wood in wine, a lot of vintners add oak chips to the ripening process. So the taste of a single critic sets off a dreary convergence in an industry that would otherwise welcome multiple fantastic tastes. Indeed, diversity is drastically diminishing in many fields, including electronic design and research.

Software solutions by their flexibility would seem to defy this statement. Yet in industry, standardization has become a necessity. Although governmental funding agencies want to contribute to the progress of humanity, they face parliamentary scrutiny. Consequently, they look for research programs that run around in identical application domain circles: energy, health, security, and communication.  All over the world, research groups in the field of micro-electronics align to these programs, and university program directors present the same sales-pitches as a result (neglecting challenging alternative application domains like instrumentation, aerospace, defense, and agriculture). At the circuit level, funding realities translate into a zillion microscopic variations of the same RF chain, the same interface optimization and energy scavenging schemes; the same kind of sensor and detection algorithms with 0.05 dB improved performance.

In the face of such convergence, fundamental novelty is scarce and "figure-of-merit" discussions dominate the technical committees of conferences, not to mention the conferences where feature sessions concentrate on figure-of-merits.  -- Wouldn't it be better to have at least some sessions with papers on "breakthroughs in search of an application" or an award for the wildest idea? Given the technological and economic limitations of CMOS technology lying ahead, it is time to rethink converging mechanisms, especially in the places where innovation starts: the university research centers.

While hundreds of IC groups battle for one mm2 in a standard CMOS process, dozens of university cleanrooms are waiting for some bright, crazy ideas that implement and explore the unexpected. Many crucial inventions have not followed a precooked strategy: The invention of the CD was not planned by funding agencies. Nobody ever drafted a roadmap for the first microprocessor. Many breakthroughs come from "serendipity," a nice term indicating that tinkering around in science sometimes results in completely unexpected and very useful solutions. Really fresh ideas come from people who seem to go in the wrong direction.

Let them diverge; they might come back with some real novelty. After all, diversity is fun, requires brain power and courage, and is essential for progress.