The IEEE SSCS Women in Circuits, in collaboration with ISSCC 2022 present

The IEEE SSCS Women in Circuits together with ISSCC will be sponsoring the first "Next Generation Circuit Designer 2022" for young professionals and students. Next Generation Circuit Designer 2022 is a virtual educational workshop for a diverse set of graduate and undergraduate students, and young professionals who have graduated with B.S. within the last two years, who are interested in learning how to excel at academic and industry careers in computer science, computer, and electrical engineering.
The panel on "Our Path to Circuit Design", with panelists from diverse regions, backgrounds and career levels, will touch upon topics such as
●       networking and mentoring,
●       choosing or changing a career path, a research topic, or an advisor,
●       time management, work-life balance, and mental and physical well-being,
●       managing day-to-day life in both graduate school and industry,
●       dealing with challenges and conflict, and more.
In addition to the panel, we will be selecting forty next generation circuit designers in academia and industry to attend a keynote from a distinguished speaker, an informal fireside chat with a high-profile leader in the field, and to optionally participate in a poster session. The selected designers will also get the opportunity for networking and mentoring through virtual events leading up to the workshop. The morning virtual event will be followed by an optional evening in-person event, which will include further networking opportunities.

Do I need to be an IEEE or SSCS member to apply?

No, you do not need to be a member to apply. You can create any IEEE account for free without paying any fees.

Email inquiries can be directed to:  sscs-nextgencktdesigner@ieee.org 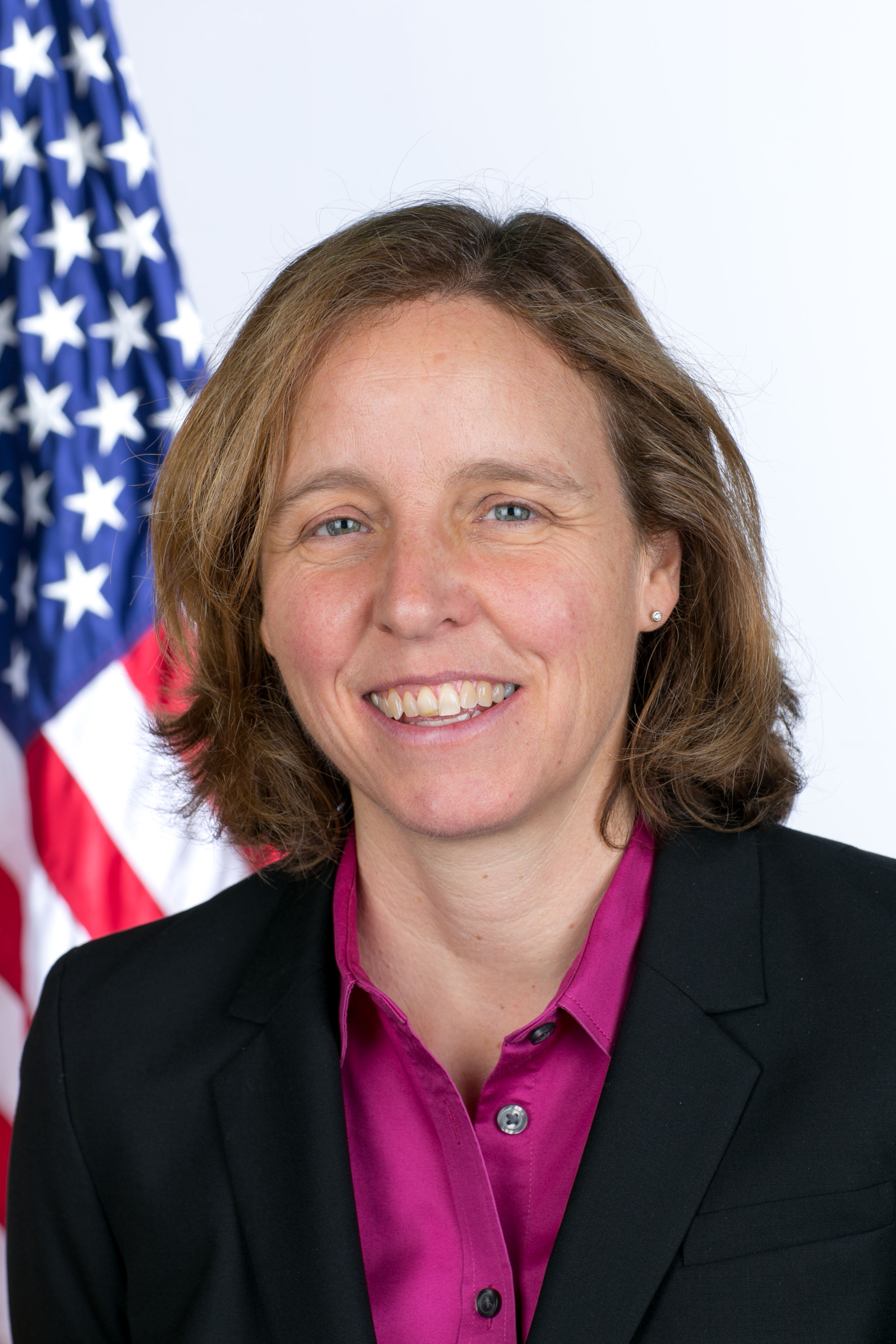 In September 2014, President Obama named Megan Smith the United States Chief Technology Officer (CTO) in the Office of Science and Technology Policy. In this role, she serves as an Assistant to the President. As U.S. CTO, Smith focuses on how technology policy, data and innovation can advance the future of our nation.

Megan Smith is an award-winning entrepreneur, engineer, and tech evangelist. She most recently served as a Vice President at Google, first leading New Business Development -- where she managed early-stage partnerships, pilot explorations, and technology licensing across Google’s global engineering and product teams for nine years -- and later serving as a VP in the leadership team at Google[x] -- where she co-created the company’s “SolveForX” innovation community project as well as its “WomenTechmakers” tech-diversity initiative and worked on a range of other projects. During her tenure she led the company’s acquisitions of major platforms such as Google Earth, Google Maps, and Picasa, and also served as GM of Google.org during its engineering transition, adding Google Crisis Response, Google for Nonprofits, and Earth Outreach/Engine, and increased employee engagement.

Megan previously served as CEO of PlanetOut, a leading LGBT online community in the early days of the web, where the team broke through many barriers and partnered closely with AOL, Yahoo!, MSN, and other major web players. Megan was part of designing early smartphone technologies at General Magic and worked on multimedia products at Apple Japan. Over the years, Megan has contributed to a wide range of engineering projects, including an award-winning bicycle lock, space station construction program, and solar cookstoves. She was a member of the Massachusetts Institute of Technology (MIT) student team that designed, built, and raced a solar car 2000 miles across the Australian outback.  Megan has served on the boards of MIT, MIT Media Lab, MIT Technology Review, and Vital Voices; as a member of the USAID Advisory Committee on Voluntary Foreign Aid; and as an advisor to the Joan Ganz Cooney Center and the Malala Fund, which she co-founded. She holds a bachelor's and master's degrees in mechanical engineering from MIT, where she completed her master's thesis work at the MIT Media Lab. 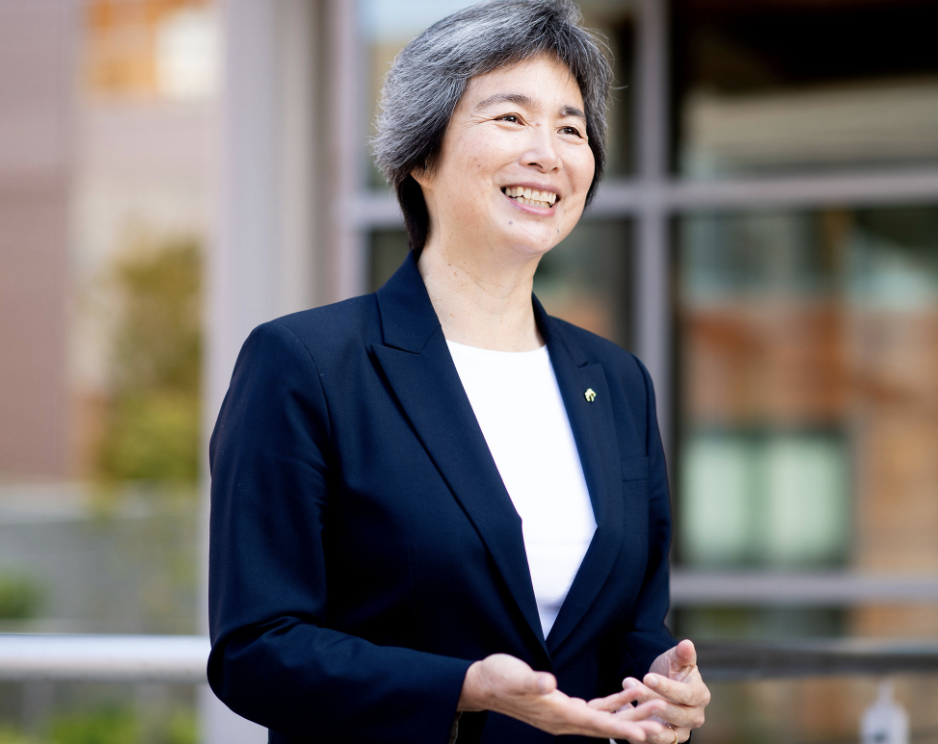 Tsu-Jae King Liu received the B.S., M.S. and Ph.D. degrees in Electrical Engineering from Stanford University. She joined the Xerox Palo Alto Research Center as a Member of Research Staff in 1992, to research and develop high-performance thin-film transistor technologies for flat-panel display applications. In 1996 she joined the faculty of the University of California, at Berkeley, where she now holds the Taiwan Semiconductor Manufacturing Company (TSMC) Distinguished Professorship in Microelectronics. From 2000 to 2004 and from 2006 to 2008, she served as the Faculty Director of the UC Berkeley Microfabrication Laboratory. From July 2004 through June 2006 she was Senior Director of Engineering in the Advanced Technology Group of Synopsys, Inc. (Mountain View, CA). From 2008 through 2012, Professor Liu was the Associate Dean for Research in the College of Engineering at UC Berkeley. She also served as Faculty Director of the UC Berkeley Marvell Nanofabrication Laboratory in 2012. From 2012 to 2016 she served as Chair of the Electrical Engineering Division, and from 2014 to 2016 she served as Chair of the EECS Department.

Professor Liu is a Fellow of the IEEE and a member of the U.S. National Academy of Engineering, and serves on the Board of Directors for Intel Corporation. 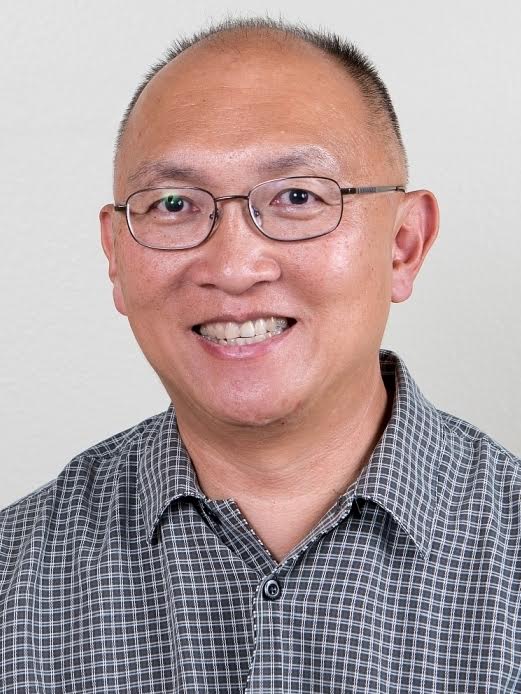 Alvin Loke is a Technical Director at NXP Semiconductors in San Diego, having worked on every CMOS node from 250nm to 2nm at Agilent, AMD, Qualcomm, and TSMC. He received a B.A.Sc. (highest honors) from the University of British Columbia, and M.S. and Ph.D. from Stanford University. He spent several years in CMOS process integration and has since then worked on analog/mixed-signal design focusing on wireline links, design/model/technology interfacing, and analog design methodologies. Alvin actively volunteers for the IEEE Solid-State Circuits Society and is currently an AdCom Member, Chapters Chair, and VLSI Symposia Committee Member. He has previously served as Distinguished Lecturer, Webinar Chair, Denver and San Diego Chapters Chair, CICC Committee Member, and JSSC/SSCL Guest Editor. Alvin has presented many invited talks, including short courses at ISSCC, VLSI Symposia, CICC, and BCICTS. He has authored over 60 publications (including CICC 2018 Best Paper) and 29 US patents. 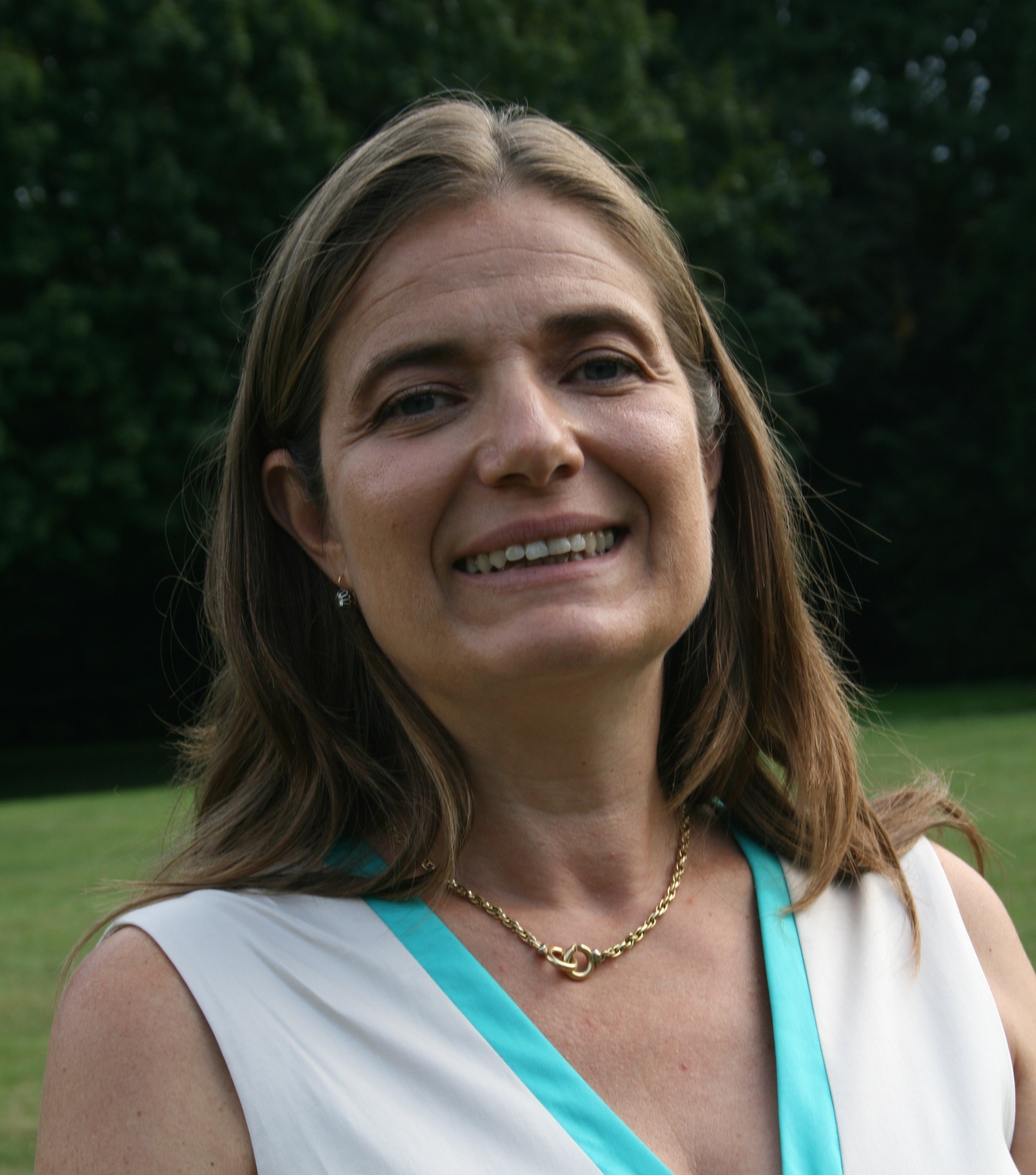 Andreia Cathelin (M’04, SM’11) started electrical engineering studies at the Polytechnic Institute of Bucarest, Romania and graduated with MS from the Institut Supérieur d’Electronique du Nord (ISEN), Lille, France in 1994. In 1998 and 2013 respectively, she received PhD and "habilitation à diriger des recherches" (French highest academic degree) from the Université de Lille 1, France. Since 1998, she has been with STMicroelectronics, Crolles, France, now Technology R&D Fellow. Her focus areas are in the design of RF/mmW/THz and ultra-low-power circuits and systems. She is the key design scientist in the promotion of all advanced CMOS technologies developed in the company. She is leading and driving research in advanced topics inside the company R&D program and through leadership cooperation with major universities around the world. She has also management activities as being in charge of the ST-CMP operation (the CMP is an independent organization offering small series foundry services for SME and research institutes). Andreia is very active in the IEEE community since more than 15 years, strongly implied with SSCS and its Adcom, the Executive Committees of ISSCC and VLSI Symposium and is the TPC chair of ESSCIRC2020/21 in Grenoble. She is as well a founding member of the IEEE SSCS Women in Circuits group. Andreia has authored or co-authored 150+ technical papers and 14 book chapters, has co-edited the Springer book "The Fourth Terminal, Benefits of Body-Biasing Techniques for FDSOI Circuits and Systems" and has filed more than 25 patents. Andreia is a co-recipient of the ISSCC 2012 Jan Van Vessem Award for Outstanding European Paper and of the ISSCC 2013 Jack Kilby Award for Outstanding Student Paper. She is as well the winner of the 2012 STMicroelectronics Technology Council Innovation Prize, for having introduced on the company’s roadmap the integrated CMOS THz technology for imaging applications. Very recently, Andreia has been awarded an Honorary Doctorate from the University of Lund, Sweden, promotion of 2020. 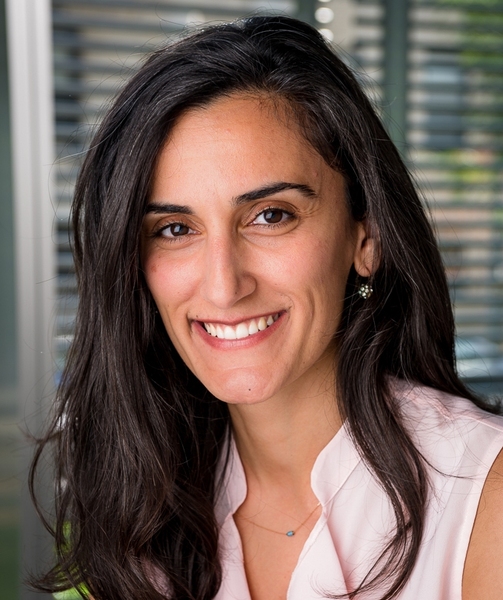 Dr. Canan Dagdeviren is an Assistant Professor in the Program in Media Arts and Sciences, where she leads the Conformable Decoders research group. The group aims to convert the patterns of nature and the human body into beneficial signals and energy. Born in Istanbul, Turkey, Dagdeviren earned her PhD in Materials Science and Engineering from the University of Illinois at Urbana-Champaign, where she focused on exploring patterning techniques and creating piezoelectric biomedical systems. Her collective PhD research involved flexible mechanical energy harvesters, multi-functional cardiac vessel stents, wearable blood pressure sensors, and stretchable skin modulus sensing bio-patches. As a Junior Fellow of the Society of Fellows at Harvard University, she conducted her postdoctoral research at the MIT David H. Koch Institute for Integrative Cancer Research, working on designing and fabricating multi-functional, minimally invasive brain probes that can simultaneously deliver drugs on demand and electrically modulate neural activity precisely and selectively for the treatment of neurological disorders, such as Parkinson’s disease.  At the Media Lab, Dagdeviren’s Conformable Decoders group is working to create mechanically adaptive electromechanical systems that can intimately integrate with the target object for sensing, actuation, and energy harvesting, among other applications. Her research is built on the belief that vital information from nature and the human body is ‘coded’ in various forms of physical patterns, and that conformable decoders can ‘decode’ these patterns into beneficial signals and/or energy. Dagdeviren’s work has been featured in many media outlets, including Smithsonian Magazine, Popular Mechanics, CBS News, the LA Times, BBC News, New Scientist, IEEE Spectrum, Physics World, and Nature Materials. In 2015, MIT Technology Review named her among the "Top 35 Innovators Under 35" (inventor category), and Forbes magazine selected her as one of the "Top 30 Under 30 in Science". Recently, Dagdeviren has been named as a Gifted Citizen by Ciudad de las Ideas of Puebla, Mexico, Spotlight Health Scholar by Aspen Institute, and World#1 in Medical Innovation Category of Ten Outstanding Young Persons of the World (TOYP) by Junior Chamber International (JCI). In December 2016, Dr. Dagdeviren was awarded with Science and Sci Life Prize for Young Scientists in Translational Medicine Category and invited to attend Nobel Prize Ceremony in Stockholm, Sweden. Dr. Dagdeviren has been named as the 2017 Innovation and Technology Delegate of the American Academy of Achievement. In 2019, Dr. Dagdeviren has been named as one of the nation’s 100 brightest young engineers by the National Academy of Engineering (NAE) to take part in the NAE’s 25th annual US Frontiers of Engineering (USFOE) Symposium. In 2021, Dr. Dagdeviren was honored with two awards: the 2021 National Science Foundation’s Faculty Early Career Development Program (CAREER) award, and the 3M Non-Tenured Faculty award. 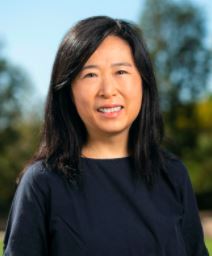 Ada received her M.S. and Ph.D. degrees from the EECS department at the University of California at Berkeley. Her dissertation attempted to connect information theory with electromagnetic theory so as to better understand the fundamental limit of wireless channels. Upon graduation, she spent one year at Intel as a senior research scientist building reconfigurable baseband processors for flexible radios. Afterwards, she joined her advisor’s startup company, SiBeam Inc., architecting Gigabit wireless transceivers leveraging 60 GHz CMOS and MIMO antenna systems. After two years in industries, she returned to academic and joined the faculty of the ECE department at the University of Illinois, Urbana-Champaign. Since then, she has changed her research direction from wireless communications to integrated biomedical systems. In 2008, she moved back to California and joined the faculty of the Department of Electrical Engineering at Stanford University. She received the Okawa Foundation Research Grant in 2010 and NSF CAREER Award in 2013. She is a Chan Zuckerberg Biohub investigator. 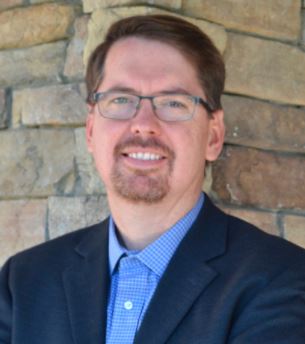 Dr. Floyd joined NC State in January 2010. His research interests include RF and millimeter-wave circuits and systems for wireless communications, imaging, and radar applications. Specific research topics include multi-Gb/s wireless transceivers, mmWave passive and active imagers, silicon phased-array transceivers, 3-D RF, digitally assisted/digitally-replaced RF systems, and manufacturable antenna-in-package approaches. Prior to 2010, Dr. Floyd worked at IBM Research in Yorktown Heights, NY as a research staff member (2001-2007) and as the manager of the RF and wireless circuits and systems group (2007-2009). His work at IBM included the demonstration of some of the world's first 60-GHz transceivers in silicon and the development of 60-GHz phased-array transceivers, antennas, and packages.