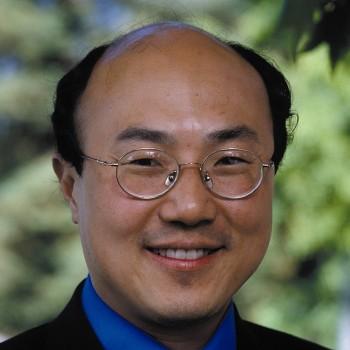 This encore presentation of 2011 Ho-Am Prize winner Tom Lee of Stanford University will be open to all SSCS Chapters around the world to build chapter meeting programming around.

Abstract: RF design remains such a mystery to many engineers that it seems that a pointy hat and arcane incantations are needed to make oscillators oscillate and amplifiers amplify (and not vice-versa). Part of the mystery has to do with the many ways that ever-present parasitics undergo surprising impedance transformations, as well as the sometimes counterintuitive ways that noise manifests itself in both amplifiers and oscillators. This talk will attempt to answer frequently-asked questions about these and other RF-related topics. It is hoped that attendees will ask additional questions that they would like answered.

Thomas H Lee received the S.B., S.M. and Sc.D. degrees in electrical engineering, all from the Massachusetts Institute of Technology in 1983, 1985, and 1990, respectively. He joined Analog Devices in 1990 where he was primarily engaged in the design of high-speed clock recovery devices. In 1992, he joined Rambus Inc. in Mountain View, CA where he developed high-speed analog circuitry for 500 megabyte/s CMOS DRAMs. He has also contributed to the development of PLLs in the StrongARM, Alpha, and AMD K6/K7/K8 microprocessors. Since 1994, he has been a Professor of Electrical Engineering at Stanford University where his research focus has been on gigahertz-speed wireline and wireless integrated circuits built in conventional silicon technologies, particularly CMOS. He has twice received the “Best Paper” award at the International Solid-State Circuits Conference, co-authored a “Best Student Paper” at ISSCC, was awarded the Best Paper prize at CICC, and is a Packard Foundation Fellowship recipient. He served for a decade as an IEEE Distinguished Lecturer of the Solid-State Circuits Society, and has been a DL of the IEEE Microwave Society as well. He holds 57 US patents and authored The Design of CMOS Radio-Frequency Integrated Circuits (now in its second edition), and Planar Microwave Engineering, both with Cambridge University Press. He is a co-author of four additional books on RF circuitdesign, and also cofounded Matrix Semiconductor (acquired by Sandisk in 2006). He is the founder of ZeroG Wireless. He is currently on leave from Stanford to serve as MTO Director at DARPA. In early April of 2011, he was awarded the Ho-Am Prize in Engineering (colloquially known as the “Korean Nobel”).