Abstract: Filters are fundamental building blocks in the analog based band section of a wireless transceivers. In both receiver (RX) and transmitter (TX) sides, the use of an analog filter allows to reduce the dynamic range requirements of the following stages. In this webinar, three different approaches will be discussed. The first will be the class of pipe filters where the fundamental kT/C limit is somehow overcome by high-pass shaping the noise in the filter pass-band. In the second part of the webinar, the concept of adaptivity will be analyzed by presenting a low pass filter able to automatically adapt its filter transfer function upon the strength of the interferers at its input. The webinar will end with a discussion about passive switch capacitor filters. In this section it will be introduced a new continuous time model for switched capacitor circuits able to characterize the capability of time-variant systems to implement non-reciprocal network with only passive element. This characteristic will be also the key to the implementation of complex conjugate poles in passive switched capacitor structure. 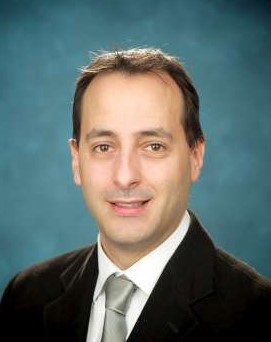 Bio: Antonio Liscidini was born in Tirano, Italy, in 1977. He received the Laurea (summa cum laude) and Ph.D. degrees in electrical engineering from the University of Pavia, Pavia, Italy, in 2002 and 2006, respectively.He was a summer Intern with National Semiconductors, Santa Clara, CA, USA, in 2003, studying poly phase filters and CMOS low-noise amplifiers. From 2008 to 2012, he was an Assistant Professor with the University of Pavia and a Consultant with Marvell Semiconductors, Pavia, in the area of integrated circuit design. In 2012, he moved to the Edward S. Rogers Sr. Department of Electrical and Computer Engineering, University of Toronto, Toronto, ON, Canada, where he is currently an Associate professor. His research interests are focused on analog mixed signal interfaces with particular emphasis on the implementations of wireless transceivers and frequency synthesizers for cellular and ultra-low power applications.Dr. Liscidini was a recipient of the Best Student Paper Award at the IEEE 2005 Symposium on VLSI Circuits and a co-recipient of the Best Invited Paper Award at the 2011 IEEE Custom Integrated Circuit Conference. He has served as an Associate Editor for the IEEE Transactions on Circuits and Systems II: Express Briefs (2008-2011) (2017- currently) and as a Guest Editor for the IEEE Journal of Solid-State Circuits (2013) (2016). Between 2016 and 2018, he has been a Distinguished Lecturer of the IEEE Solid-State Circuits Society. He has been member of the International Solid-State Circuit TPC (2012- 2017) and member of the European Solid-State Circuit Conference TPC (2010- currently).